The two phones’ performance is speedy, build quality is quite good, call quality is crystal clear and gaming, though not the best experience, is pretty good. 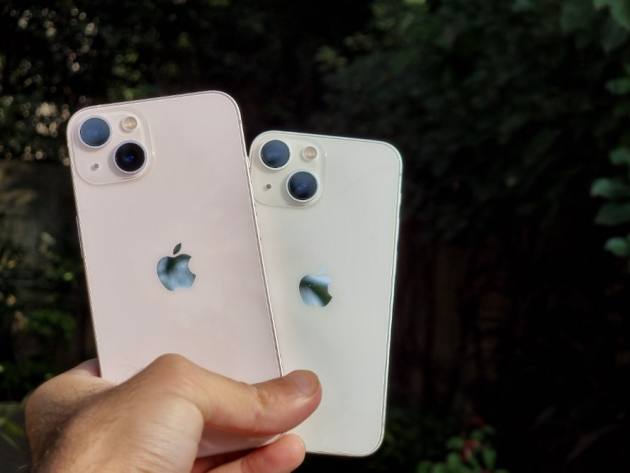 If the iPhone 12 and 12 mini were a generational leap forward, the iPhone 13 and 13 mini are incremental upgrades at best.

The iPhone 13 and 13 mini are delightful upgrades and wonderful successors to the iPhone 12 and 12 mini. These new devices are more evolutionary than revolutionary and that’s all right as innovation takes its own sweet time. The good thing about these new iOS devices is that they bring together the same hallmark that has defined the iPhone for many years.

The two get a faster chip (A15 Bionic), a longer battery life (one that lasts all day), a new camera system (no telephoto lens though) and a smaller notch as compared to last year's models. They are slightly heftier than their predecessors but that’s due to the bigger batteries inside these powerhouses. The only differences between the iPhone 13 and 13 mini are the display size and battery capacity.

So, are these the value-for-money champions of 2021? Are these the iPhones for the masses? After two weeks with the younger siblings, the answer is a resounding yes.

What can I say about the iPhone 13 and 13 mini that hasn't been discussed to death already? Well, there are two key aspects—battery life and camera system—that make them notable upgrades.

All about better battery life

It’s 2021 and even though we’ve been working from home (thanks to a seemingly unending pandemic), there are two key features that one would consider when planning on upgrading their smartphone. The first one is an improved battery life.

There is hope that in 2022, we’d all be liberated from the confines of our homes and be able to enjoy the outdoors. With that in mind, having a phone that lasts all day is paramount as against the hassle of carrying a power bank.

The second feature that can most definitely sway one’s decision as to which smartphone to pick is the camera quality. It’s a fact that taking photos is an intrinsic part of our daily lives and who wouldn’t want a top-of-the-line camera? Thankfully, this is what Apple prioritised when they went to the drawing board and thought about what would make the iPhone 13 and iPhone 13 mini a very worthy ‘evolutionary’ product.

Switching to OLED screens from LCD was a no-brainer in 2020 considering aspects like brightness, power efficiency and contrast ratio. In 2020, Apple also added 5G and the MagSafe charging system. iPhone 13 and iPhone 13 mini sport these as well.

The iPhone 13 may have a flat aluminium frame with a ceramic shield for better protection against drops but scratches are worrisome from day one. Within a few days of usage, I noticed one big scratch in the middle of the screen. For the first few days, the phone had either been in my pocket, flat on a table, or in my hand and hadn’t witnessed a single drop. Yet there it was, a big scratch. For an expensive product like an iPhone, this was highly disappointing. Protect yourself with a screen protector as soon as you unbox the smartphone.

Coming to the battery life, it has vastly changed my opinion about the overshadowed siblings in the iPhone 13 family. The battery life on the iPhone 12 and 12 mini did not live up to anyone’s expectations. While the iPhone 12’s battery did last all day, but barely, the iPhone 12 mini required a charge by 4 pm. In 2021, that is wholly unacceptable even if we aren’t leaving the house much.

Thankfully, Apple has done a 180 and turned it around with larger, well optimised batteries in both the phones. The iPhone 13 will last you a whole day with medium-to-heavy usage. I easily got over 5 hours of screen-on time with the iPhone 13. The only way to kill it before 6 pm is by taking a lot of 4K videos (which is a fantastic experience, let me tell you). On most days, the iPhone 13 mini will need a charge by 9 pm or so but with light usage, it can last for a couple of more hours.

The two phones’ performance is speedy, build quality is quite good, call quality is crystal clear and gaming, though not the best experience, is pretty good. If you really do want to play games, then do yourself a favour and get the iPhone 13 Pro with its 120Hz refresh rate. That’s another downside—the phones also have a slower screen (no 90Hz/120Hz).

The iPhone 13 and 13 mini may be a tiny bit thicker overall (along with a bigger camera bump and rearranged lenses) but that doesn’t take away from the fact that these ‘smaller’ iPhones are fantastic to use with one hand. In fact, a lot of Android smartphones aren’t nearly as good to use one-handed. The notch is also 20 per cent smaller as compared to its predecessor but it is not something you’ll instantly notice.

So, why do I say it is fantastic to use one-handed? It’s a little bit of hardware and a lot about the software. The iPhone 13 houses the A15 Bionic chip, which, if you’re coming from a much older smartphone, will feel as smooth as silk. It is well known that iPhones are very easy to use no matter what your level of expertise is with regards to smartphones. Google’s Android OS may offer more customisations options but Apple built iOS so that each and every person could use it with relative ease.

Combine the hardware and software with an increase in the base storage to 128GB and you’ve got a winning combination in your hands.

Thanks to a larger sensor—which gathers more light quickly—on the wide-angle camera, the iPhone 13 and 13 mini have vastly improved as compared to their predecessors in terms of daylight photography. Details are sharp, colours are rich and there is hardly any oversaturation. With most daylight shots from these cameras, you can just point, shoot and send it across to your friends. Portrait mode, while not the best, is a reliable shooting mode. The ultrawide is also better in more challenging lighting, thanks to the new sensor.

As compared to their Android competitors, you’ll be slightly disappointed when you use the camera at night. The photos lack the sharpness and often come out darker than, say, a Samsung Galaxy S21 or a Google Pixel 4a. The night mode shots with the wide-angle lens were much better than that of their predecessors’ but using the ultrawide lens at night will leave a lot to be desired. Selfies, however, are still excellent. Videos shot on the iPhone are far beyond what nine out of 10 Android smartphones can output and with much less shakiness.

The cinematic mode may have been majorly hyped but it does live up to its potential for the most part. Cinematic mode, boiled down, is just portrait mode but for video and can shift the focus from one subject to another leaving either the background or foreground out of focus. The iPhone can automatically choose what to focus on or you can manually change it. Even after the video is recorded, you can go back into Photos or Final Cut and change it in the edit.

Everyone who saw or shot a video using the cinematic mode was overjoyed by the results. It is a super fun mode that takes Apple’s lead in smartphone videography to a whole new level. It’s a shame that the mode doesn’t work too well in low-light scenarios. There are also the lingering portrait mode problems from its early days. You’ll notice the difficulty in capturing the edges. Hopefully a software update would fix that in the near future.

The iPhone 13 and 13 mini come with a cheaper price tag (than when the 12 and 12 mini were launched), double the storage and two worthy upgrades: longer battery life and improved cameras. While the iPhone 13 has a starting price tag of Rs 79,900, the iPhone 13 mini starts from Rs 69,900.

With five years of software updates and a robust build, you can safely use these iPhones for many years. This makes the price tag much more easy to swallow than, say, the iPhone 13 Pro or iPhone 13 Pro Max.

For those sold on iPhones and have a phone that was released in 2019 or earlier, this is a no-brainer. Get the iPhone 13 as it is one of the best value-for-money smartphones currently. If you want a chhota iPhone that is extremely cute and easy to hold in one hand, then get the iPhone 13 mini.