Is Paytm Up For A Change In Fortune? Details Investors Need to Know

Paytm-owner One97 Communications posted its maiden result post listing last week, reporting an expansion in revenue on the back of growth in payments and financial services. What does this mean for investors? 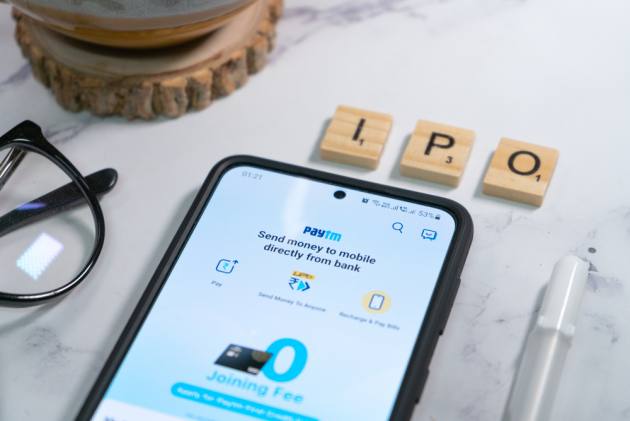 Paytm-owner One97 Communications, which launched India’s biggest initial public offering (IPO) with a size of Rs 18,300 crore earlier in November, reported its first quarterly result after its listing on the bourses. Though the company reported net loss, the revenue increased substantially, putting a question mark on analysis that Paytm may not be a good bet to invest. We delve into what the expanded revenue numbers mean for investors.

The company reported a net loss of Rs 473 crore for the September-ended quarter as compared to Rs 436 crore loss in the same period last year. This is 8 per cent wider than the previous quarter. The company attributes the loss to 40 per cent increase in expenses during the second quarter. This may include IPO expenses. According to the company’s report, it has spent over Rs 7 crore on its IPO.

The company, however, reported a 70 per cent increase in its operating revenue. Its total revenue from operations is up 64 per cent at Rs 1,086 crore in the quarter ended September 2021 compared to Rs 663 crore in the corresponding quarter last year.

What Do They Mean For Investors?

Even though Paytm has posted a decent growth in revenue, analysts believe that the road ahead for the company is not smooth.

“Paytm faces stiff challenges in its customer acquisition engine which would slow down its revenue growth in the core payments business while the scale-up of its related ecosystem businesses (commerce, cloud and financial services) leaves much to be desired. Paytm will need to keep funding its monthly transacting user (MTU) growth and thus the road to profitability largely relies on the growth trajectory of other businesses,” says a JM Financial report.  JM Financial has set its target price to Rs 1,240 a share, down from Rs 1,783 a share.

The company’s loan business has been witnessing good traction in the recent past.  The number of loan disbursal has grown over 714 per cent y-o-y and the value of the loan has grown 499 per cent. This number looks impressive but that is so because of a lower base.

Digital lending is facing stiff competition so sustaining this growth may be difficult for Paytm. “For long-term sustainable profits in consumer lending, fintechs like Paytm must resort to use of their own balance sheets. Otherwise, the unit economics in a distribution-led business, with wholesale funding and elevated credit costs, is not practical, in our view. In fact, the credit cost experience for Indian fintech lenders has been exceptionally poor with several fintechs reporting mid-teen credit costs. High credit costs, coupled with high funding costs and low-lending ticket sizes make fintechs’ distribution-only approach to consumer lending unviable in our view, and Paytm is no different,” says a report from Macquarie.

The report also points out that obtaining a small finance bank licence could be difficult for Paytm, given that Chinese-controlled firms own more than a 30 per cent stake in the company.

Moreover, it remains to be seen how Paytm is going to utilise the IPO proceeds to fuel the growth of the company. It will provide an update on the utilisation of its IPO proceeds from the next reporting period, based on actual utilisation.