Bezos wins the first point as Supreme Court rules in favour of Amazon, and puts on hold the $4.3 billion deal. 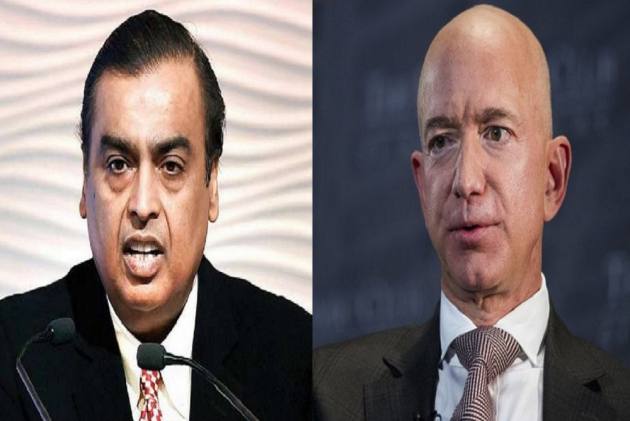 India's apex court ruled in favour of American e-commerce giant, Amazon, in the $3.4 billion deal between Kishore Biyani's Future Retail and Mukesh Ambani's Reliance Retail. This might have a positive impact on the country's retail industry, but nothing is certain - claim retail industry veterans.

"We hope that some positive news comes through to save thousands of jobs, various suppliers' payments and repayment of money that the banks lent to one of the largest retail companies in the country. As an industry, we would seek business continuity and a stress-free Retailing environment in India," Kumar Rajagopalan, the Chief Executive Officer of the Retailers Association of India, told Outlook Business.

The halt to the deal comes as a surprise to many, as the Supreme Court decided to take note of the precedence and by upholding the Singapore International Arbitration Centre (SIAC)’s award, which comes as a blow to Ambani's ambition of national retail dominance.

The sales of a slice of its warehousing and allied businesses to Reliance for Rs 24,713 was a ‘development’ being looked forward to by banks and vendors invested in Future Retail. But, here is the twist: Amazon had invested in the Future Coupon business in August 2019 with the option of buying into the flagship Future Retail over a period of three to 10 years.

Amazon's intervention does not come as a surprise as the ecommerce entity continues to build a larger e-retail presence in India.

While upcoming developments in the Amazon-Future-Reliance legal battle is yet to fully unfold on ground, the retailers feel that the impact will be felt by the industry as a whole. After the court's ruling Future Retail's stock price fell by 9.94% to Rs 52.55 per share.

In August 2020, Future Retail expressed its intention to “sell by way of a slump sale the retail and wholesale business” of its supermarket chain, food supply unit, clothes supermarket and logistics and warehousing units to Reliance Retail, a subsidiary of Reliance Industries.

However, Amazon, as an investor in Future Coupons – a shareholder in Future Retail – contended that the deal would amount to a breach of contract it had with Future Coupons, saying it had arranged a 'call' option with permitted it to purchase all or part of Future Retail's shareholding company within three to ten years of the original August 2019 agreement.

The Future group has undergone one round of debt-restructuring. As on October 2020, the debts of Future Retail limited stood at Rs 6278 crore. FRL is backed by a consortium of 28 lenders.

RBI Tanks Up On Gold, Decline In Major Currencies Continues