Jharkhand Shall Devise Its Own Resource Generation Plan After 'Unequal Treatment' By Centre: CM 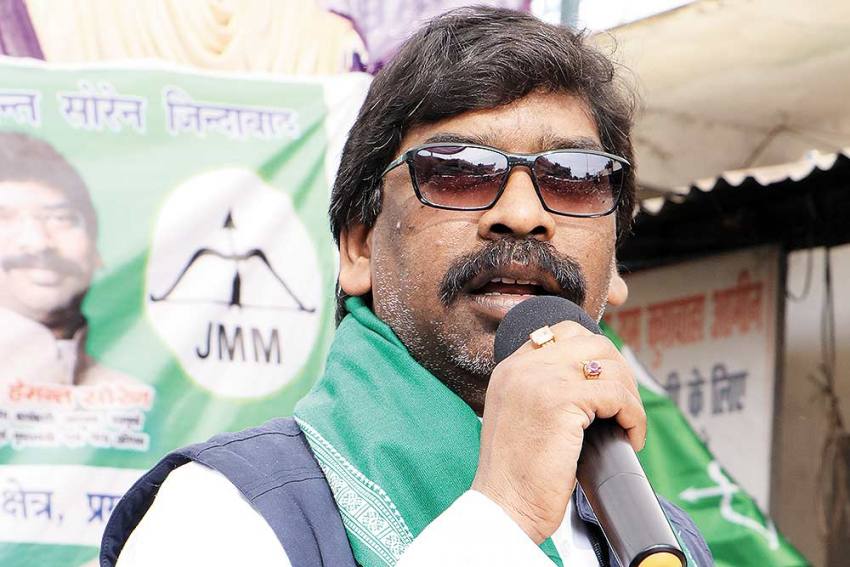 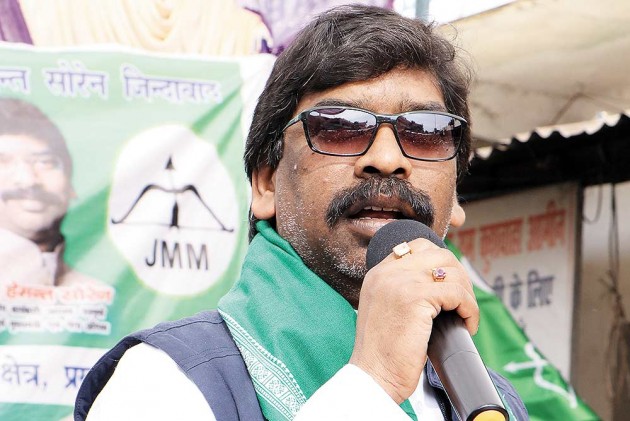 As it alleged "unconstitutional harassment" by the central government over funds, Jharkhand Chief Minister Hemant Soren that the state has been pushed to the brink and is now developing its own innovative resource generation mechanism for self-sustenance.

Soren also said that the tribal-rich state has always been plundered and exploited and alleged unequal treatment by the centre.

Soren was sworn in as the 11th chief minister of the state in December 2019.

"There has been unconstitutional harassment to us...Centre diverted the funds of the state from Jharkhand's account with the Reserve Bank of India towards clearing the dues of Damodar Valley Corporation...Perhaps this is the first such instance in the country, which is unheard of ...The allocation is made programme-wise and you cannot spend it anywhere else," Soren told PTI in an interview.

Soren alleged that the previous BJP-ruled regime had not paid DVC dues for five years but not only the state was forced to undergo an unprecedented power crisis but faced a resource crunch.

"Funds were diverted from our RBI consolidated fund ...GST dues were there...We got jolts after jolts. By default, this state has so many resources that we support others. We can support the country but it is very unfortunate that we are not able to run our own house under the circumstance... so how can we think about others...Now we are devising innovative resource generation mechanism for self-sustenance and development," Soren said.

A federal structure needs that all pillars are strengthened, he said.

This tribal-dominated state is fed up with announcements of developments that have never translated into reality and no efforts were made during the last two decades to make it self-reliant, he said adding such policies are being framed by the state that Jharkhand will not have to look towards the Centre for every requirement.

Alleging lack of long-term plans for Jharkhand, Soren said: "We are not finding anything on the ground... GST, demonetisation was done in the name of financial reforms. U-turn was given to a 100-year system suddenly instead of gradual reforms...Now the condition of people whether farmers, businessmen or others is not good."

As innovative resource planning, he said, the state has levied some cess on forest produce and minerals.

"We have changed some rules in transport and other sectors to generate some resources. Some more reforms are in the pipeline...we are studying these. Mines and minerals have been exploited to the hilt here without adequate revenue returns to the state be it Coal India or others...We are very strong on the front of the mines and minerals. We will develop tourism," the chief minister said.

Jharkhand alone houses India's 40 per cent of mineral wealth including 36 per cent of coal resources.

Soren said there is potential to generate huge employment in the state by proper planning and vision and said there are many states which had no resources but were considered developed.

Jharkhand has come out with proposed projects with the investment potential of Rs 1 lakh crore that can create 5 lakh employment opportunities, he said.

Soren said the state has selected 155 industries for revival and will take a final call soon.

Selling closed factories or assets is the last solution, he said and added that they are being probed from all angles as some are closed for petty dues, some have a land problem while some have tax liabilities.

He said Jharkhand is home to excellent hockey and football players while there is no lack of talent in archery.

"Sports has huge potential but sportspersons of the state are exploited...you know under what circumstances they live. We plan stating up sports complexes, stadiums...There is no dearth of cricket talent. Dhoni hails from here ... and it has some impact," he said.

At the same time, he said the state's focus would be on enhancing the purchasing power of the rural people, boost their economy by setting up food processing units.

There are regions like Jamshedpur, Bundu Tamar where the overproduction of vegetables result in the dumping of the same on roads in absence of storages and processing facilities.

"We are working in that direction...We plan food processing units," he said.

Apart from being a mineral-rich state, Jharkhand ranks second in the country in the production of tomatoes, fifth for peas and beans, sixth for cabbage, okra and cauliflower and has over 175 minor forests produce with 33 per cent forest cover.

Production of silk in the state is close to 1,200 tonnes with employment to 1.8 lakh people while Jharkhand is house to leading automobile industry giants like Tata and more than 800 auto ancillary and auto component units are set up at Jamshedpur and Adityapur, the chief minister said.

Those who took shelter to extremism will be brought back to the mainstream, he said.

At the same time, the chief minister lamented that even Central government agencies like NTPC and BRO were employing labourers from Jharkhand without proper paperwork through middlemen and in case of any mishaps or calamities they are devoid of proper compensation.

He said he has demanded from NITI Aayog a strong labour policy where such labourers are recorded on paper.

Trafficking, he said, was another issue he was extremely sensitive about and narrated how he rescued a six-year-old girl from being trafficked after someone intimated him in this regard on Facebook.