JioPhone Next Would Run On 'PragatiOS', Powered By Qualcomm Chip 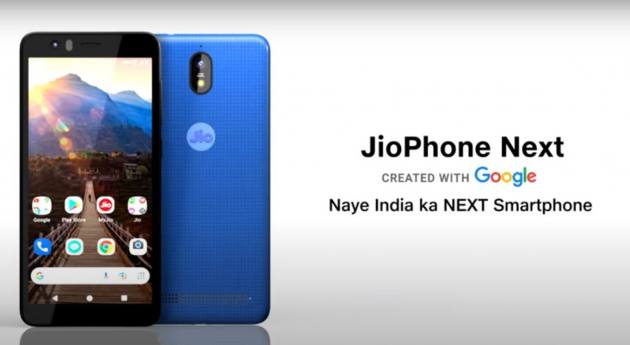 Telecom operator RelianceJio unveiled the upcoming made in India smartphone JioPhone Next in a video premiered on Monday. The smartphone is being manufactured in collaboration with Google.

The video titled 'Making of JioPhone Next' stated that the phone was put together at Tirupathi in Andhra Pradesh and Sriperumbudur in Tamil Nadu. The idea behind manufacturing the smartphone was to enable equal opportunity and equal access to the digital world to every India at affordable prices.

The introductory video stated that the phone would be powered by an optimised various of Android, which will be called PragritiOS. The operating system would be powered by Android. Further, the processing chip of the smartphone has been engineered by the North American chip maker, Qualcomm.

The smartphone would have a built-in translate feature. It would allow the user to speak in one language whilst the phone would translate it into another language as per the requirement.

Further, the phone would be enabled with a built-in read-aloud function. The smartphone would be able to read back the content from any app open on the screen.

The video further informed that JioPhone Next users would be able to avail all content available across Jio libraries.

Date of launch not revealed

The smartphone was originally scheduled to launch on September 10.