Beneath the glossy sheen of an up-and-coming economy - the dreams and aspirations of many an Indian have been diminished over the decade. Several, just forced to barely survive. 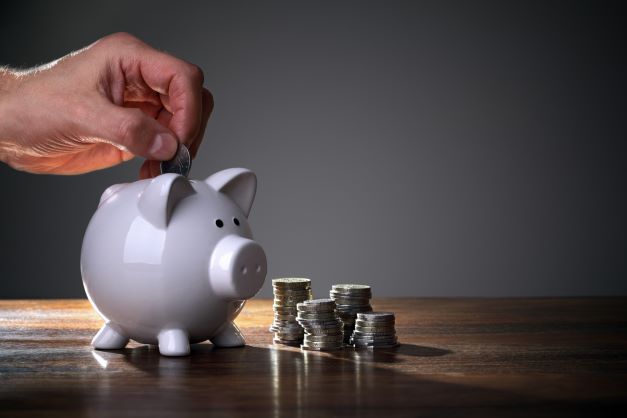 In a four-part series, we talk about how India underperformed as an emerging market over the last decade. While it was pitched as the market of the world to global investors, there are no buyers for global products in India as people’s income levels have not increased in the last 10 years, and they have been forced to dip into savings to survive the rising inflation in the economy. Will India's story be any different over the next 10 years?

Ten years ago, Kamlesh Kumar was proud to join a Noida-based tile manufacturing company at Rs 25,000 monthly salary. Like any first-time earner, the young commerce graduate from Patna in Bihar had dreams: buy a car and purchase a small apartment even if it meant a stretch. Loans and a little family support would get him there, he was sure.
Those were heady times for the economy – India’s GDP had expanded a robust 8.5 per cent in 2010 – and Kumar and most Indians were optimistic.
Cut to 2021: it’s been a decade since his first job and Kumar’s wheels are a Honda Activa scooter and he lives in a 2BHK rented apartment in Noida with a wife and 2 children. This is despite the hikes he got from four job changes. He’s stoic but at times gives in to lament: “I am practical now. Not everybody can own a car and a home in this city.”

33-year-old Kumar’s inability to afford at least a car, even if not a home, lies at the nub of a searing question before India’s policy makers, thought leaders, and civil society: has the world’s sixth-largest economy, that has been chasing the elusive double-digit growth for two decades, failed its tens of millions aspiring to a middle-class life?

The unmet dreams of Kumar and millions of his peers are showing up aggregated in crimped demand in the economy. Earlier this month, Ford Motors announced its exit from India, citing losses of over $2 billion in 10 years. Earlier, Harley Davidson and General Motors, too, had packed their bags cutting their losses. Some of this could be traced to the inability of the US majors to dovetail their business models to acutely price-sensitive Indian markets. Still, it is telling that in the second decade of what is said to be the Asian (nee Indian) century, auto sales contracted 1.5 per cent on a compounded basis not in the one- or two-years’ time frame but over a longer period (2010-11 to 2020-21) — when it should have easily included the likes of Kumar with better income growth.

Beyond anecdotes, there is a crimping of income at the national level. And, to be sure, the trend is not of recent years: the slowdown is a decade old. As per data from the World Bank, between 2011 and 2020, India’s per capita GDP (PPP) at current prices in US dollar terms compounded 3.69 per cent annually — less than half the growth in the preceding decade of 7.69 per cent.

Add to that Covid has made for a reset of gains made in the last three-four decades. A Pew Research report in March this year showed that a third of the Indian middle class had lost incomes when the first Covid wave hit India in mid-2020. “Middle class in India is estimated to have shrunk by 32 million in 2020 as a consequence of the downturn, compared with the number it may have reached absent the pandemic. This accounts for 60 per cent of the global retreat in the number of people in the middle-income tier,” the report said. India led with the most number of people (75 million) falling into poverty in the economic devastation after Covid wave #1. The situation has to be only a lot worse in the second wave in the summer of 2021 but no estimate is available, yet.

According to Pew, a US survey and research agency, prior to the pandemic it was anticipated that 99 million people in India would belong in the global middle class in 2020. It defines someone with an income of between $10.01 and $20 a day belonging to the middle class — roughly between Rs 22,200 and Rs 44,400 a month.

The impact of the pandemic must be seen in juxtaposition with several other events of the past years.

While demonetisation is left an indelible mark on Indian MSMEs, but the phenomenon of jobless growth began much earlier.

As per the National Sample Survey Office, the informal sector accounts for approximately 40 per cent of India’s GDP and employs three in four of Indian labour. As MSMEs lost business to the corporates, which were not creating new capacities in the last decade, it harmed the long-term goal of increasing the size of the middle class that would consume products.

The post-mortem of this problem leads us back to the Great Financial Crisis of 2008. Successive attempts by the UPA government to pump in money in the economy, led to massive capacity expansion by the private sector. But demand did not match step with this, leading to the NPA crisis, making India Inc forever shy of fresh investments. Net result: What started as an attempt to boost the economy and create jobs ended up stretching banks and corporates with no gains in sight.

Not to forget how the high inflation years from 2012 to 2014 pinched the Indian middle class. Kumar, the tile factory executive in Noida, is a case in point. By 2014, his annual increments had stopped matching steps with his dreams and his lifestyle. “If you have to stay in the city, your lifestyle will have to suit the city. Mera bhi wahi hua! Ab Delhi-NCR mein rehkey Patna wala life toh nahi ho sakta (You cant live in Delhi-NCR and have lifestyle of a tier II city),” says Kumar. Credit and dipping into his savings were his two options to keep his lifestyle going. The remnants of high inflation of the UPA-2 years – it was reined in only mid-decade – also pinched Kumar and his family.

Ten years since moving to Delhi, Kumar and his family are still waiting for their apocryphal car to prosperity.