The bench led by Justices Paresh Upadhyay and Sathi Kumar Sukumara Kurup had suspended the order till January 28, thus giving time to the airlines to further appeal in the Supreme Court. 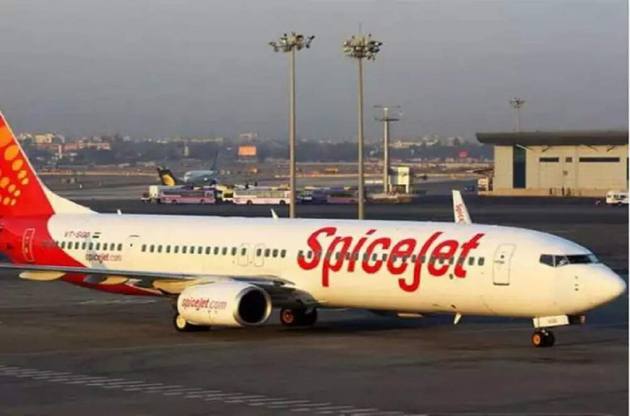 Madras High Court on Tuesday dismissed an appeal filed by SpiceJet against a previous order for winding up of the airline and selling all its assets to Credit Suisse AG, The Times of India reported.

The bench led by Justices Paresh Upadhyay and Sathi Kumar Sukumara Kurup had suspended the order till January 28, thus giving time to the airlines to further appeal in the Supreme Court.

On December 6, a Madras High Court bench led by Justice R Subramanian had ordered winding up of the airline and assigned an official liquidator to take over its assets. Later, the bench stayed the order for three weeks following a plea moved by airline and on the condition that the airline deposits $5 million in the court within two weeks.

The matter pertains to a plea moved by Credit Suisse AG, a stock corporation, against the airlines for non-repayment of dues worth $24 million, while availing the services of SR Technics, a maintenance and repair company.

The dispute dates back to an agreement between SpiceJet and SR Technics for a period of 10 years, in 2011. During the period, the seven invoices raised by SR Technics for repayment of dues was acknowledged by SpiceJet by issuing certificates of acceptance.

Meanwhile, on September 26, 2012, SR Technics entered into an agreement with Credit Suisse AG, giving the corporation the rights for its financial transactions, including that of present and future payments. However, despite repeated requests made by Credit Suisse AG to SpiceJet, the airline failed to repay its dues. Following this, Credit Suisse sent a legal notice to SpiceJet under the Companies Act.

Later, Credit Suisse filed a petition in the High Court for winding up of the Airlines due to a lack of response from SpiceJet regarding the notice.
Contending the plea filed by Credit Suisse AG, SpiceJet filed a counter-petition stating that since Credit Suisse AG is not a creditor of the Airline, and the two are not in any contractual relationship of creditor and debtor, the winding-up process could not be initiated.