After the conversion of AGR dues, the Centre will have 35.8 per cent stake in Vodafone Idea, while its ownership in Tata Teleservices will account for 9.2 per cent. 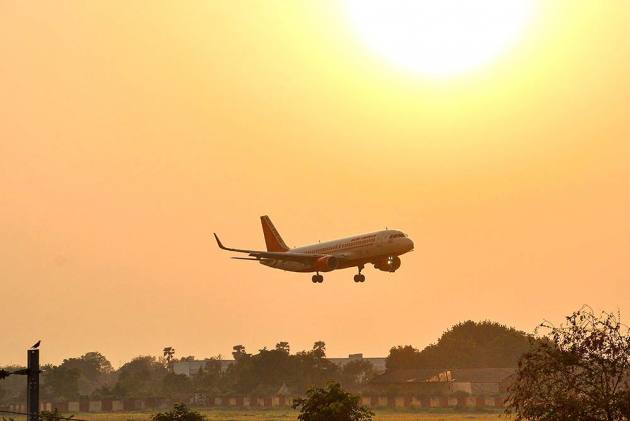 Are public sector units bad? Should the government not be in the business of doing business? Should the government exit all the non-strategic sectors to make way for the private sector to innovate? If you have followed the narrative of the Indian policy makers in the past three decades, the answer to all above questions will be in the affirmative. Keeping with this philosophy of privatisation, the government sold the loss-making Air India to the Tata Group this year.

But wait! The government of India will now be a stakeholder in two private sector telecom companies- Tata Teleservices and Vodafone Idea- that were struggling to stay afloat. The two companies have chosen to exercise the option of converting the interest on their AGR (adjusted gross revenue) dues into government equity.

After the conversion of AGR dues, the Centre will have 35.8 per cent stake in Vodafone Idea, while its ownership in Tata Teleservices will account for 9.2 per cent.

It is ironic that a sector that once represented the ‘animal spirit’ of 21st century corporate India has had to fall back upon the tried and trusted model of government support to meet its capital requirements.

The Ruin Of The Telecom Sector

The real trouble for the telecom operators began when in the aftermath of the global financial crisis in 2008, the UPA government decided to price the 3G spectrum at a very high rate which eventually gave it a windfall gain of Rs 67,719 crore. If we take into account the fee from the Broadband Wireless Access (BWA) spectrum auctions, then the bounty amounted to Rs 1.08 lakh crore. The government of the day went on record to say that it was higher than the expected revenue from the spectrum auction that year which allowed the government to reduce its borrowings and bring the fiscal deficit down from 5.5% to 5.1% of the GDP. High capital expenditure in the post-subprime crisis world had put the government's finances under stress. It required arranging windfall gains from disinvestment and sale of other natural resources.

Fiscally, it was not a bad move by the government to meet the challenges of those difficult times but it was a mistake to not leave anything on the table for the telecom companies. To upgrade their 3G infrastructure, the telecom companies were required to invest heavily in the coming years. As a result, the cumulative debt of the companies rose from Rs 82,726 crore in 2008-09 to Rs 2.5 lakh crore in 2012-13.

The situation only got worse with the re-auctioning of the 2G licence in 2012 after the Supreme Court cancelled the ones issued in 2008 in its landmark judgment. While the government managed to collect only Rs 9,408 crore against its Rs 28,000-crore target, it still added to the cost of the telcos. The saga of a price war since the entry of Reliance Jio with its 4G services has only made things more difficult, leaving just three telecom operators in the sector.

How The Government Grounded Air India

Air India clocked a profit of Rs 16.29 crore in 2005-06, while Indian Airlines (domestic carrier) posted a profit of Rs 49.50 crore. The Indian Airlines used to control over 40% of the market in India and was required to modernise its fleet in the face of rising competition from the private sector companies like Spicejet, Jet Airways and Indigo. Then aviation minister Praful Patel decided to purchase 68 new aircraft for Air India instead of the earlier plan of just 28 aircraft for which a revenue plan was discussed. The decision inflated the debt of Air India from just Rs 7,000 to Rs 50,000 crore. Moreover, Air India was merged with Indian Airlines, a decision every aviation expert of the day had criticised for lack of synergies between the two different carriers.

As of August 31, 2021 Air India had a total debt of Rs 61,562 crore, of which Tata Son’s subsidiary Talace agreed to take over only Rs 15,300 crore as part of the purchase agreement with the government. The remaining Rs 46,262 crore will be transferred to a government-owned special purpose vehicle known as Air India Assets Holding Limited and would continue to be serviced by the government until the government finds a deal for its non-core assets.

The one lesson that everyone should draw from the sale of Air India and government’s equity conversion in the country's private telecom companies in the same year is that the binary of good capitalism and bad socialism is not only false but also misleading. In reality there’s an all pervasive government in both systems that decides the fate of companies irrespective of how competent their managements are. If the government had not been greedy with its need for raising revenue from telecom companies to fund its fiscal deficit in the last decade, we would still be seeing a healthy telecom sector, with government getting decent amount of revenue in the form of corporate tax and spectrum royalty. Similarly, there was no reason why government sector companies like Air India and Indian Airlines would have failed if the Centre had not approved a suicidal plan of expansion and merger for the two companies.