Manish Mundra, in March 2020, was going great guns after collaborating with Shah Rukh Khan’s Red Chillies Entertainment for the release of Kaamyaab. But this was shortly before the nationwide lockdown. 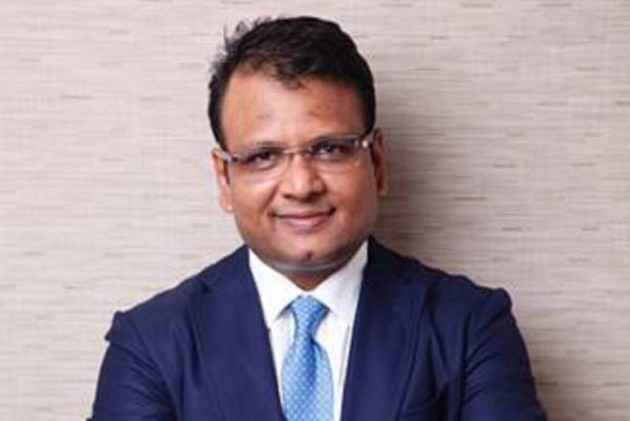 Way back in 2013, Manish Mundra, the CEO of a Nigeria-based petrochemicals company, had responded to a tweet by actor-director Rajat Kapoor, offering to produce a movie based on his script—Ankhon Dekhi (2014)—just for a lark. Little did he know that in less than eight years, he would be hailed as one of the most promising film-makers of Indian cinema with critically acclaimed movies such as Masaan (2015), Newton (2017) and Ramprasad Ki Tehrvi (2019) produced under the banner of his Drishyam Films. As of now, more than half a dozen other movies under his production are either awaiting release or are under various stages of production, including his directorial debut Siya.

In March 2020, Mundra was going great guns after collaborating with Shah Rukh Khan’s Red Chillies Entertainment for the release of Kaamyaab. But this was shortly before the nationwide lockdown was imposed and everything came to a standstill due to coronavirus. His ambitious plan to produce and release four meaningful movies every year also went awry. He returned to Nigeria just before the lockdown, only to realise how the deadly virus had begun to wreak havoc back home in India.

He knew he had to help. “Since I had seen how the European nations had grappled with the COVID-19 situation, I knew that India would face an acute shortage of PPE kits and ventilators,” Mundra tells Outlook Business. “India did not have the capacity to meet the rising demand. So, I imported the first lot of PPE kits from China and sent it for doctors and other frontline workers across the country.”

As the crisis deepened, Mundra not only sent ventilators to the hospitals but also helped the migrants who had suddenly begun to leave the cities to return to their native places with their families without food or money. “Wherever I could, I arranged for their ration and also extended financial help,” he says.

Though Mundra was still away in Nigeria, he managed to build a wide network of volunteers through his social media accounts to reach out to people in 70-80 towns and respond to each and every SOS call. Once the situation eased off after the first wave, he also distributed bicycles among Mumbai’s dabbawallahs to help them distribute food.

However, like most others, he did not have an inkling that the worst was yet to come. The second wave of COVID-19 proved to be deadlier, claiming the lives of even youngsters, with several of them dying due to oxygen shortage. “I knew that India did not have enough oxygen plants so I sent about 3,000 oxygen concentrators and also imported 1,500 more from Russia,” he says.

The scarcity of oxygen wasn’t the only problem that the Indian hospitals were facing. There was also an acute shortage of beds for patients. “I tried to help the patients find hospital beds wherever I could with the help of our social media group. We also sent corrugated beds for people who could not get admitted to the hospitals,” Mundra says.

Although 48-year-old Mundra does not want to reveal the total amount of money he spent to help others, it’s roughly estimated that he pledges a minimum of Rs 25 crore in his individual capacity without taking any financial assistance. “I spent about $2.5 million on the oxygen concentrators alone,” he says, when prodded. “I don’t want to talk about money. It was my dharma. In any case, the money has been given to me by God. Whatever I have today, I will not take it with me. God knows what I have done. ”

Such a spiritual take should not come as a surprise from a man who grew up in Jharkhand’s holy town of Deoghar (Baidyanathdham) which was part of erstwhile Bihar. Mundra had a rather simple childhood he sold cold drinks and saris to help his family when the family business suffered a setback. But, being the fighter that he is, he fought back.

Mundra later moved to Jodhpur and did his MBA before joining a big firm. He subsequently moved to Nigeria where he joined multinational firm Indorama Eleme Petrochemicals and rose up to become its CEO. In 2013, while randomly surfing through social media, he chanced upon the aforestated tweet by Rajat Kapoor who was venting his frustration over not being able to find an investor to produce a movie based on his script. Mundra volunteered. The rest, as they say, is history.

Cinema has been Mundra’s passion since childhood but he is most happy when he is helping others. “On the basis of my values and experience, I can tell you that nothing in this world gives you as much joy as giving others. I have only done that,” says Mundra who now dreams of bringing an Oscar to the country in the future with his mission to keep making meaningful movies.