According to traders, recent foreign fund outflows from the domestic capital markets also had an impact on investor sentiment. 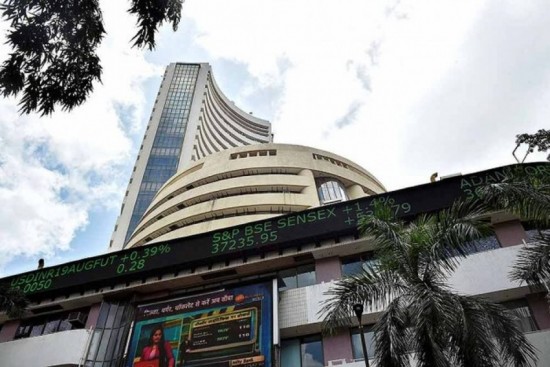 HUL was the top loser in the Sensex pack, shedding around 4 per cent, followed by Maruti, HDFC Bank, PowerGrid, IndusInd Bank, HCL Tech and Bajaj Finserv.

On the other hand, Axis Bank, SBI, ONGC and ICICI Bank were among the gainers. "A continued pullback in domestic markets is mainly led by profit-booking ahead of union budget," said Binod Modi, Head-Strategy at Reliance Securities.

According to traders, recent foreign fund outflows from the domestic capital markets also had an impact on investor sentiment.

Foreign portfolio investors (FPIs) remained net sellers in the capital market as they offloaded shares worth Rs 1,688.22 crore on Wednesday, according to provisional exchange data.

Elsewhere in Asia, bourses in Shanghai, Hong Kong, Seoul and Tokyo ended in the red. Stock exchanges in Europe were also trading with significant losses in early deals.