Markets Look For Signals Of Economic Revival In Corporate Earnings

While auto sales indicate consumer spending may increase, the worst could be over for wholesale lending banks. 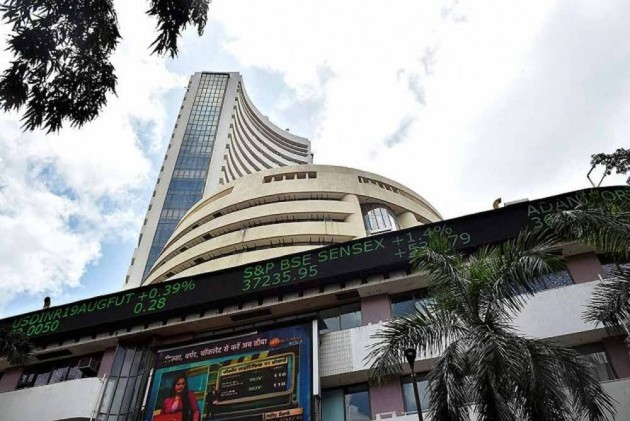 Corporate earnings continued to dominate the talk on Dalal Street. The focus of the market was on earnings of some large consumer-facing companies in order to figure out what was happening in sectors which drive market sentiments.

So, like other auto companies, two-wheeler major Bajaj Auto, which announced its quarterly results on Wednesday, indicated that things had turned better in the last three weeks. The stock ended Wednesday trading session with a gain of 1.11 per cent at Rs 3,158.

The post-result statement by the company indicated that consumer spending in the festive season might not be as bad as feared, though final numbers are yet to come out. In all probability, they may come out better as indicated by many results.

At the index level, it was a volatile day of trade because after remaining in the green territory for a large part of the day, Nifty slipped into the red towards the last hour only to recover at the end. The rise in some of the financial stocks made Nifty make a comeback as it closed with a minor gain of 15.75 points or 0.14 per cent at 11,604.10. BSE’s Sensex ended the day with gains of 94.99 points or 0.24 per cent to close at 39,058.83.

Another bit of news on earnings which dominated the Street was on RBL. The Bank’s results were declared on Tuesday after market hours. While the result showed a slippage, it was only on one particular account. Net of that provision, there was no major issue which could have indicated an increase in the stress on the system. But the fact that the bank indicated it would have to make higher provisions in the coming quarter as well, led to a drop in the value of its shares with a decline of more than nine per cent at Rs 259.

What was noticeable was that another mid-sized public sector bank, which announced its results, showed that slippages were lower. This may indicate that the worst might be over for wholesale lending banks.

While earnings are going to dominate the trade on Thursday, the expiry of weekly option contracts is likely to add volatility to Nifty and Bank Nifty.

If there is squeeze on those holding shorts (investors hoping for declines), it would help change the sentiment for the Bulls for a longer period, especially if the market breadth – more shares in the green than red -- remains positive.

(The author is an analyst at Market Wizards Securities Pvt Ltd)