MedPlus Health Services, the second largest pharmacy retailer in India, has come up with an initial public offering (IPO) of Rs 1,398 crore for subscription. The IPO is closing tomorrow, December 15, 2021. Should you subscribe to the IPO or give it a miss? 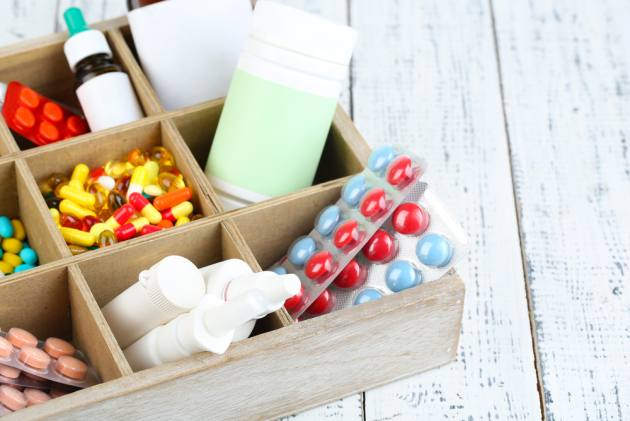 Medplus Health Services is the second largest pharmacy retailer in India by revenue as well as number of stores. The company offers products ranging from medicines, medical devices and testing kits to fast moving consumer goods such as home and personal care products through its store and digital channel. According to the company prospectus, as of September 30, 2021 the company operates 2,326 stores in 261 cities across seven states.

Omni channel presence: The company is expanding its omni channel presence fast with a hyperlocal delivery model with the aim to increase online sales revenue contribution and at the same time optimize profit margins. In terms of stores, it has grown from operating 48 stores in Hyderabad in 2006 to operating India’s second largest pharmacy retail network of over 2,000 stores as of FY21. The company has a successful track record in expansion using a data driven approach. The company ensures that each new store is in a catchment area serving at least 10,000 to 15,000 people. This has worked well for it. This strategy helps shorten the break-even period for a new store.

Historically, the company has taken less than six months to break even at earnings before interest, taxes, depreciation, and amortization (Ebitda) for 75 per cent of stores opened in the last three years.

Sound financials: The company has posted a decent a revenue growth of over 16 per cent in last three years. As per a Ventura Securities report, Medplus is likely to grow its revenues at a compounded annual growth rate (CAGR) of 29.1 per cent to Rs 6,600 crore, driven by a 27.4 per cent CAGR in the total number of stores to stand at 4,300 stores by FY24.

Fastest growing segment: According to a Technopak report, pharmacy retail is the fastest-growing segment in the overall retail space, with an expected growth rate of 25 per cent CAGR over FY20-25, which is a positive for players like Medplus. The company commands 22 per cent market share.

Established brand: “Medplus is a well-established brand in its clusters and has positioned itself as a genuine and good quality pharmaceutical products supplier through its omni-channels, which will continue to drive its gains in market share,” writes Nirmal Bang Securities in its IPO note, giving ‘subscribe’ rating to the IPO.

ICICI Direct, which has also given a ‘subscribe’ rating to the IPO, states in its IPO note: “Medplus, with its clustered store presence, is well suited to leverage on omni-channel platform with a hyper local delivery model.”

Competition: There is increase in competitive intensity from online players. Many large companies as well as start-ups have entered the pharmacy retail segment.

Promoter risk: Apart from the intensifying competition, another aspect to consider is that one of Medplus’s promoters, Lone Furrow Investments Private Limited, has pledged a portion of its shareholding with certain lenders under various loan and security agreements. Any exercise or enforcement of this pledge could dilute Lone Furrow’s shareholding, which may adversely affect the business and future prospects and is a downside risk.

Our of total issue size of Rs 1,398 crore, Rs 798.3 crore is an offer for sale and the balance is fresh issue for funding working capital requirement.