For the most part, the Surface Pro 8 lives up to Microsoft’s claims of it being a tablet that could finally replace the laptop. 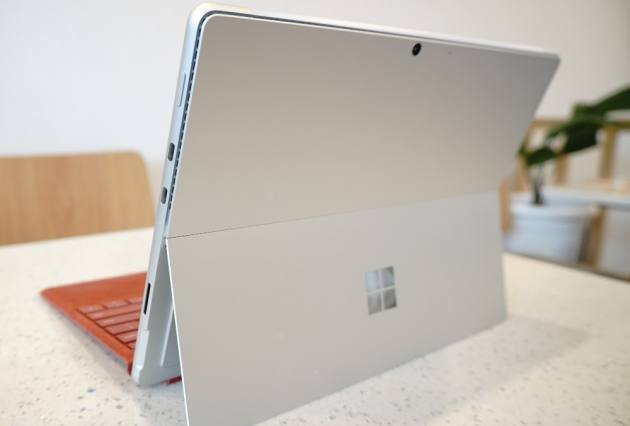 The Surface Pro 8 comes with a larger 13-inch display, including its 3:2 ratio, Thunderbolt 4 port, Intel Evo’s prowess on the inside, a multi-angle kickstand, and a full-sided Type Cover. This is the device that fans of Microsoft’s Surface line of tablets have been clamouring for many years.

For the most part, the Surface Pro 8 lives up to Microsoft’s claims of it being a tablet that could finally replace the laptop. It does, however, come at a hefty cost.

The Surface Pro 8 that I bought from the USA hasn’t yet launched in India and Microsoft hasn’t indicated when it is coming to the country. The company has just said “sometime in 2022” for now. When it does come, one can expect it to be priced upward of a lakh, especially when bundled with the Surface Pro Signature Keyboard and Slim Pen 2 combo which is sold separately.

Microsoft recently launched Surface Go 3, the cheapest in the Surface line of tablets. So, it’s only a matter of time until the Surface Pro 8 is launched in the country.

Why does Microsoft still sell the SP8 without the keyboard cover and stylus?

Microsoft has positioned the Surface line of tablets as a “laptop replacement” for quite some time now. This is why it is all the more baffling that the keyboard and stylus are sold separately. I mean, the tablet itself is as far away from a laptop replacement as something like a Samsung Galaxy Fold (a foldable smartphone).

The in-built kickstand is absolutely brilliant

Having opened and closed the kickstand dozens of times since I received my tablet, I can safely say that it is sturdy as ever. It’s an in-built kickstand which means you don’t need any fancy cover with a stand. The kickstand holds up well and you can get the desired angle that you want without an issue. In fact, the kickstand rotates so far back (almost 180 degrees) that you can even use it flat, as a tablet, with the Slim Pen 2 to write some notes.