Mixed Bag Of Environmental Sustainability Rankings For India In 2021 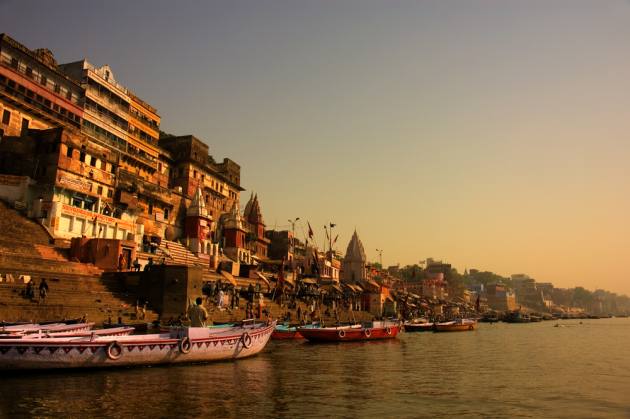 The Climate Change Performance Index (CCPI) 2022 ranked India at 10th spot this year, too, on the back of high performance in greenhouse gas (GHG) emissions, energy use and climate policy. The top three spots on the index remain unoccupied for want of worthy performers in the analysis of climate change mitigation efforts in 60 countries and the European Union as a whole, which spew 90% of global emissions, according to Germanwatch, NewClimate Institute and Climate Action Network.

India was ranked this year also at the third spot by the Renewable Energy Country Attractiveness Index (RECAI). Inclusive policy, investment and technology reforms anchored on self-reliant supply chains have given an impetus to the renewable energy sector in India in an era when the environmental, social and governance (ESG) factors are influencing the agenda for companies and investors. The US and mainland China, too, stayed on at the top two spots on the 58th edition of the index of top 40 countries brought out by consultancy firm Ernst & Young (E&Y).

Such bright spots were sought to be dimmed by findings of other reports. The Global Climate Risk Index 2021 based on the impact of extreme climate events like storms, floods and heat waves on a country and its economy ranked India as the 7th worst affected country, which was an improvement over its 5th position last year. Heavy rains caused loss of 1,800 lives, affected 11.8 million people and inflicted an estimated economic loss of $10 billion, as per the report by Germanwatch.

The World Air Quality Report 2020 released earlier this year ranked India as the 3rd most polluted country in the world after Bangladesh and Pakistan. Almost half of the world’s 100 most polluted cities are in India. Despite sustained improvement over the last few years due to the National Clean Air Programme (NCAP), air pollution in India is still at a dangerous level. While transportation, electricity generation, industry, construction, waste burning and agricultural burning are the main causes of outdoor burning, biomass cookstoves cause most of the indoor pollution in India, according to the report brought out by IQAir, a Swiss air quality technology major.

One indicative message obvious from all these reports is that there is a long way to go for India to make sporadic achievements in select categories sustainable over a long period of time. Taking note of the misses and working at the ground level to improve the performance is a given. The ultimate key is to improve overall development indicators across environmental, social and governance criteria.

Spats with agencies sponsoring reports carrying negative findings about India help only the former in getting more traction in establishing their credentials as influencers. In the past, the India government would usually feel wronged by negative human rights reports by western agencies, this time even the rankings in some reports like the Freedom in the World 2021 and the Global Hunger Report 2021 were called out. It is not unlikely that in the future India may feel offended by other negative indices in the environment sphere, too. Countering sponsoring organisations needs to be supported with authentic data, if any, to make the Indian arguments credible.

India also needs to engage and put her point of view across with such organisations as it has done in the past with Reporters Without Borders (RSF), a French NGO, which brings out the World Press Freedom Index. The engagement may not have succeeded to India’s satisfaction, as is evident from India’s low ranking in the 2021 World Press Freedom Index, but it only overemphasises that there is a need to have continued engagement with such organisations for information and knowledge exchange in addition to addressing the issues flagged in such reports.

Lastly, there is also a need to consider development and promotion of rankings that keep on highlighting overindulgent consumption patterns of consumers in developed countries, which have been hitherto swept under the carpet. For example, the per capita emissions of the poorest 10% in the US are 60% more than that of an average Indian; 12 times more than that of the 10% richest Indians, and so on, according to the Centre for Science and Environment. Such inputs are needed for repeatedly informing the global sustainability discourse. Not only for the sake of the poor, but also for the planet.