Budget To Be Prudent and Growth-Oriented: RBI Governor 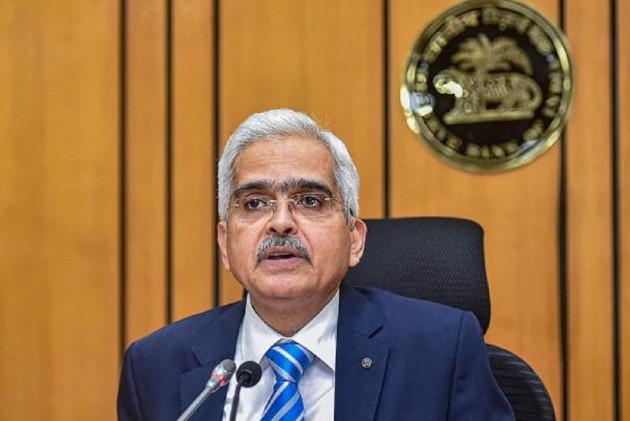 With the Budget-making exercise in full swing, RBI Governor Shaktikanta Das on Friday said Budget 2021-22 is expected to be prudent and growth-oriented.

Das before donning the hat of RBI Governor was a career bureaucrat and was directly involved in crafting of about 10 Budgets for the country including one in the aftermath of the global financial meltdown in different capacities at the Ministry of Finance.

In view of unprecedented pandemic and its impact on the economy, he said the government has maintained fiscal prudence in the response to deal with the crisis.

"Naturally when we are recovering from a massive damage which pandemic has brought on the Indian economic, the budget has to be growth-oriented. And also, let us keep in mind that during this year also, all the fiscal measures which the government has announced, I think has been very well-calibrated, very well-targeted, and they have been very prudently drawn out," he said during an interaction with the media after the policy announcement.

In fact, at the beginning of the pandemic, there was worry that the government's fiscal deficit will go haywire, he said, adding it has not gone beyond control.

"I think the response of the government (so far) has been very calibrated and prudent. So, the budget next year also I expect to be very prudent but naturally, it has to be a growth-oriented budget. That is something which is bound to happen. It's a no-brainer. It has to be a good supporting budget," he said.

While unveiling fifth bi-monthly monetary policy review, Das said the economy is recuperating faster than anticipated and growth rate is likely to turn positive in the second half of the current financial year.

In the year as a whole, the economy is likely to contract by 7.5 per cent, which is an improvement over Reserve Bank's previous projection of 9.5 per cent contraction, the Governor said.

Observing that the prospects of growth have brightened with the progress on the vaccine front, Das said, the economy was likely to record a growth of 0.1 per cent in Q3 and 0.7 per cent in Q4.

"Data that have become available for Q3:2020-21 confirm that the economy is recuperating faster than anticipated and more sectors are joining the multi-speed upturn that I had highlighted in my statement in October,” Das added.

The ministry of finance has already started the exercise to prepare the annual Budget for 2021-22 from October 16.

It will be the third budget of the Modi 2.0 government and Finance Minister Nirmala Sitharaman.

The budget will have to address critical issues pertaining to growth contraction and subdued revenue collection triggered by the Covid-19 pandemic.

Prime Minister Narendra Modi-led government scrapped a colonial-era tradition of presenting the Budget at the end of February. The then-Finance Minister Arun Jaitley had for the first time presented the annual accounts on February 1, 2017.

With the preponement of the Budget, ministries are now allocated their budgeted funds from the start of the financial year beginning April. This gives government departments more leeway to spend as well as allow companies time to adapt to business and taxation plans.