NFTs Are Catching The Fancy Of Bollywood Stars

From Amitabh Bachchan to Salman Khan and Sunny Leone, more and more Bollywood stars and other celebrities are dipping into NFTs. 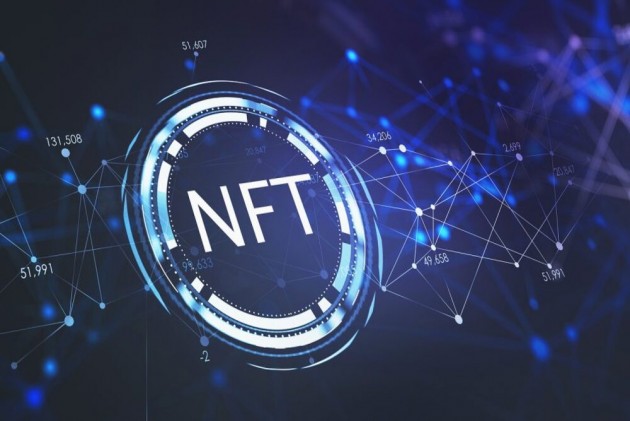 Non-fungible tokens (NFTs) have taken the digital world by storm and more and more Bollywood stars are dipping their fingers into them. From Bollywood stars, Amitabh Bachchan to Salman Khan and Sunny Leone, several of them are associating themselves with NFTs.

NFTs are a type of digital asset which uses blockchain to document the ownership of items such as images, videos and other collectibles. Notably, each NFT acts as a kind of certificate of authenticity, showing that a digital asset is unique and not interchangeable.

“There are three drivers of the interest behind Bollywood NFTs. Speculators are buying it with the intent of selling it at a higher price later. Novelty-seekers don’t want to miss the party. Fans want a closer engagement with their idols. While the premise of celebrity NFTs is based on fans, at present, as is always the case, the first adopters are the speculators,” says Ajeet Khurana, an advisor to crypto projects worldwide.

Here is a list of Bollywood stars who are trying their hands at NFTs and the details about their digital assets.

Just this week, Bollywood star Amitabh Bachchan successfully closed the auction for his NFT series, including the recital of his father’s poem Madhushala, and other collectibles associated with his work.

In an auction organised by Beyondlife.Club from November 1 to 4, the Bollywood star’s NFT collections received bids worth close to $1 million, according to reports.

The Madhushala NFT is the poem’s recording in the superstar’s voice. The auction also has seven autographed posters from his iconic movies and half a dozen collectibles of "punks and NFTs art and Poster collection" which have earned bids worth over $100,000 on day 1 of the auction.

On October 13, 2021, actor Salman Khan joined hands with BollyCoin, a Bollywood NFT marketplace, for his NFT collections. According to Bollycoin, 1 million BOLLY tokens were sold in the first three hours of the launch.

Following the footsteps of other superstars, Sunny Leone announced her first collectible venture MISFTIZ! on October 30, 2021 through Twitter.

Leone’s NFT collection ‘MISFTIZ’ got a strong response. The collection has 9,600 NFTs that are “unique, minted on the Ethereum blockchain”, according to her website.

Speaking at the time of the launch, Leone told news agency IANS: “This was a private sale and it sold out immediately. I am beyond excited about the hype behind my collection and the support from the community. In many ways, I am myself a misfit so there wasn’t anything more appropriate than this collection.”

Other Actors And Celebrities

YouTube stars like Amit Badana, Rapper Raftaar, singer Mika Singh along The Great Khali, the first Indian heavyweight champion, have all been associated with nOFTEN, the country's largest NFT marketplace.

Even cricketers like Dinesh Kartik have been involved with NFTs. Moreover, earlier this year, Twitter chief executive officer (CEO) Jack Dorsey sold his first tweet as an NFT for $2.9 million to a Malaysia-based businessman.

It looks like the NFT craze among celebrities is here to stay.