The government's plan to organise at least four Mega Shopping Festivals is aimed at providing incentives to small and medium enterprises to sell or export their products. 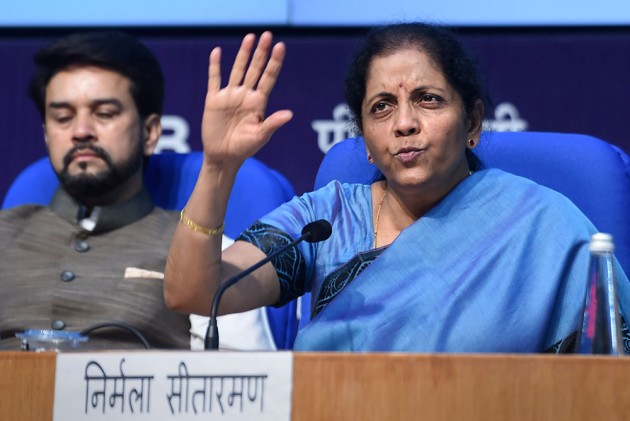 The Minister of Finance, Nirmala Sitharaman came out with incentives in two areas on Saturday – Exports and Housing – apparently to show that the government was taking steps to revive the economy, which she implied was seeing a “clear sign of revival” in the industrial production indicator. She provided the figures up to July-end of factory output, later asserting that she was not trying to give any message on the economy but “only stating facts.”

The two-sector decision – especially the one on housing is expected to perhaps jump-start those projects (around 3.5 lakh dwelling units) which have been stuck for lack of money, after having completed a major portion of the work and are neither with the National Company Law Tribunal (NCLT) nor are part of non-performing assets (NPAs) of banks. The changes on the export front are more in the nature of taking credit for doing something that the government was bound to do.

Sitaraman said that to incentivise the export sector, the government had decided that from January 1, 2020, exports would get relief on Remission of Duty or Taxes on Export Products (RDTEP) scheme with all other schemes being subsumed under the new one. She said it would provide “more incentives” to exporters than all other schemes put together. She mentioned that the revenue foregone would be Rs 50,000 crore.

What she did not say, till it was mentioned by the Director-General of Foreign Trade, Alok Vardhan Chaturvedi, that the new scheme was required to be put in place under World Trade Organisation (WTO) rules. The older scheme of providing incentives on duties or taxes was not in compliance with those rules. Vardhan informed, in response to a question, that the revenue foregone by the government would be “more or less” equal to the existing level. The current level of revenue foregone a year was around Rs 45,000 crore, Chaturvedi said.

The figures for April-August on exports of goods or merchandise had fallen by 1.53 per cent to $133.54 billion while imports fell by 5.68 per cent to $206.39 billion leading to a trade deficit of $72.85 billion, according to figures released by the government on Friday. Only services did well during this same period –with exports at $93.82 billion or a rise of 10.78 per cent and imports at $61.86 billion – to raise the overall exports by 3.20 per cent and lower imports by 1.18 per cent, thus reducing the overall trade deficit to $40.89 billion.

The other changes on the export front were hardly major. Sitharaman announced that the government had decided to raise the guarantee level under the Export Credit Guarantee Corporation of India (from 60 per cent to 90 per cent) so that the premium paid on raising money would be lower for the small and medium enterprises. The government would be spending about Rs 1,700 crore on this, which will bring the rate of interest on export credit to 8 per cent for rupee loans and 4 per cent for dollar loans.

Several other decisions are likely to have a marginal impact on exports. These include use of technology to bring the ship turnaround time at ports on level of the best ports in the world which have a turnaround time of half a day. The paperwork would be reduced to this end. Also, the government's plans to organise at least four Mega Shopping Festivals -- on the lines of Dubai Shopping Festival – is aimed at providing incentives to small and medium enterprises to sell or export their products.

Additionally, the government would closely monitor whether the facilities under the Free Trade Agreement with several countries were being effectively used. An origin management system would be set up so that a professional certificate of origin is created, the lack of which triggers non-tariff barriers in some countries.

On Housing, the minister announced that Rs 10,000 crore would be contributed to a fund which would be like a special window for those projects which have completed 60 per cent of the work and are not in the NPA or had been dragged to the NCLTl. These projects have to be in the affordable housing or middle-level housing category who have run out of money.

The fund would also receive a similar amount of money from “outside investors” and would be run by professionals with experience in the sector. She urged those whose houses have been stuck to ask their builders to avail of this facility so that they “do not continue to keep on paying for rent and instalments.” Chaturvedi said that the total number of dwelling house stuck in India was around 8.5 lakh differing with a reporter who said that the number of such units was 14.5 lakh.

The government has also eased norms for availing external commercial borrowing by Housing finance companies or banks who would lend to projects under the Prime Minister Awas Yojana, which provides variable interest subvention to those with income of Rs 18 lakh or less and for houses up to 200 sq metres. So far such loans could be raised for affordable housing upto 60 square metres. This is expected to lower the rate of interest for housing loans.