'Nobody Should Have Pessimistic View About Indian Economy': Prakash Javadekar

Prakash Javadekar said the fundamentals of the Indian economy are very strong. 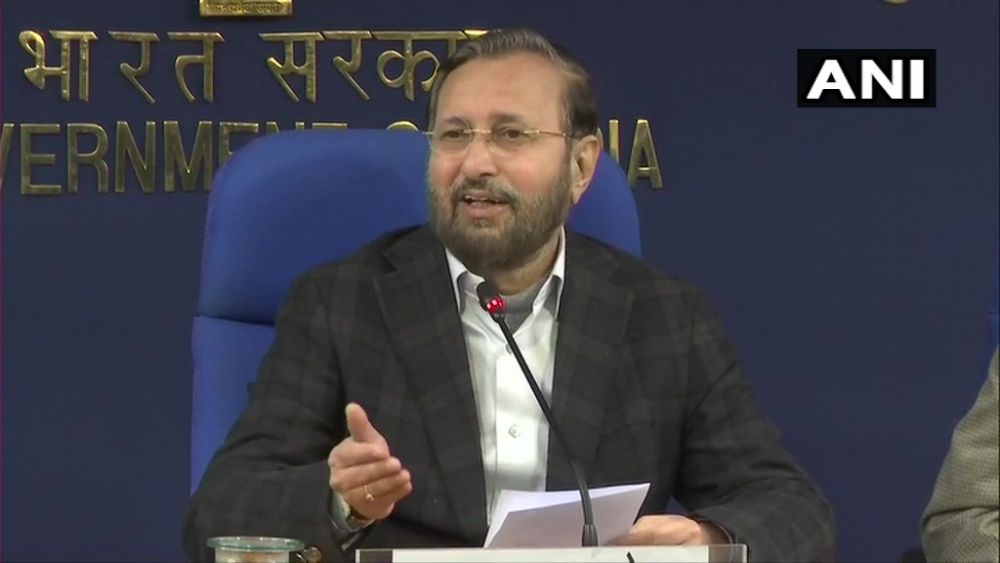 Union Minister Prakash Javadekar on Wednesday said that nobody should have a pessimistic view about Indian economy as "our fundamentals are very strong."

Responding to a question about the downward revision of India's growth rate by the International Monetary Fund (IMF), he said at a Cabinet briefing that the economy is on the path of "revival" and nobody should have a pessimistic view about it.

The IMF on Monday slightly revised downwards the growth outlook for the global economy and flagged fundamental issues of reform in trade systems.

The minister said that the Union Budget on February 1 will have a "plan of action".

"Nobody should have pessimistic view about Indian economy; our fundamentals are very strong," he said.

Javadekar also slammed critics of the National Popular Register exercise, saying that it was done during the Congress-led government as well.