Fair & Lovely, the first fairness cream launched in India, from the stable of HUL, currently holds lion’s share of the skin whitening market. 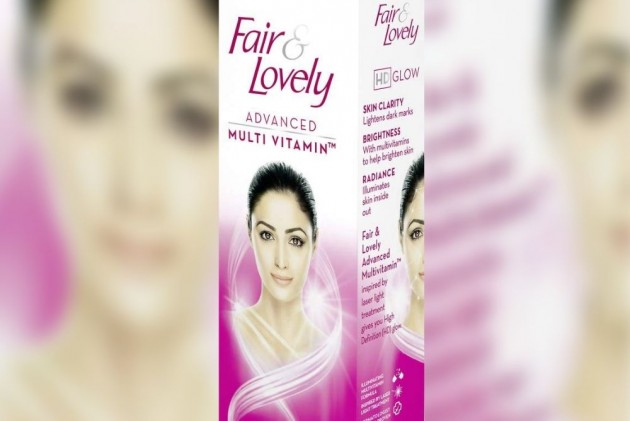 In a weekly report published on its official website on January 10, the European Union alerted that two ‘Fair & Lovely' creams were banned in Norway as they contained toxic metal mercury and hydroquinone -- a skin lightening agent.

However, Hindustan Unilever Limited (HUL), which owns the brand, responded that the company will look into the matter and said the banned items "could be counterfeit products".

Under the Drugs and Cosmetics Acts and Rules of India, mercury is banned for use in cosmetics as it poses serious health hazards. Inorganic mercury present in fairness creams can damage kidneys and its prolonged use can lead to neuropsychiatric disorders.

The European Union's Rapid Alert System for Non-Food Products (Rapex) alert points out that the skin lightening cream is banned as it does not comply with the Cosmetic Products Regulation of Norway. It further said that the content of mercury is detected at (measured value: 0,1 mg/kg) in 'Advanced multi vitamin' cream of Fair & Lovely.

The regulatory body also warned that mercury, which gets accumulated in the body, can damage the kidneys, brain and nervous system. Additionally, it may affect reproduction and the unborn child.

The second cream -- Brightening Moisturizing Solution (Fair & Lovely) -- was flagged for harmful ingredient hydroquinone (measured value: 0,01 %). The regulatory body says that Hydroquinone can cause skin irritation and dermatitis. It also urges the importer to ban the marketing of the product and any accompanying measures.

Fair & Lovely, the first fairness cream launched in India, from the stable of HUL, currently holds lion’s share of the skin whitening market.

The spokesperson also said “Unilever maintains the highest standards concerning the safety and quality of its products and ensures that the products sold are safe for consumers. All Unilever products are manufactured in accordance with the best manufacturing practices and comply fully with the local and global standards such as the USFDA on trace metals like mercury.”

The Rapex report was carried on the website of Federation of Indian Export Organisations (FIEO), an exporter’s body under Ministry of Commerce and Industry on January 15. Curiously, the name of the brand was taken off after a query was put to the body. FIEO regularly alerts the Indian exporters on the rejection of products in the EU and to take preventive action.

A source from the FIEO told Outlook that the ban is specific for Norway and for the particular consignment. “Each authority has its own safety regulations. It doesn’t imply that there is a blanket ban on Fai r& Lovely products,” he says. However, the source added that it’s for the first time that Fair & Lovely creams are being banned in any EU country.

The ban by an EU country raises serious concerns about the regulatory systems in place in India  that has fastest growing cosmetic industry. A study by the Centre for Science and Environment (CSE) in 2015 found that 44 per cent of the fairness creams sold in India contains Mercury and most beauty products are laced with toxic heavy metals.

Along with other major brands, the CSE study flagged ‘Fair &  Lovely–anti marks’ for mercury level of (0.73) in its cream. According to FDA regulations, any cosmetic product that contains more than unavoidable traces of mercury is subject to legal action. However, the HUL spokesperson said that the products are approved by the FDA.

“Fair & Lovely only manufactures and clears for sale products that are safe for consumers. We do not use mercury or hydroquinone in any of our beauty and personal care products. Our products comply with all guidelines in India including BIS norms, and are approved by the FDA for manufacture and sale as safe cosmetics,” the HUL spokesperson said.