Ford’s India exit has brought back the focus on similar exits made by several global auto giants in the past. But, poor product strategy isn’t the only reason behind their pull-out. 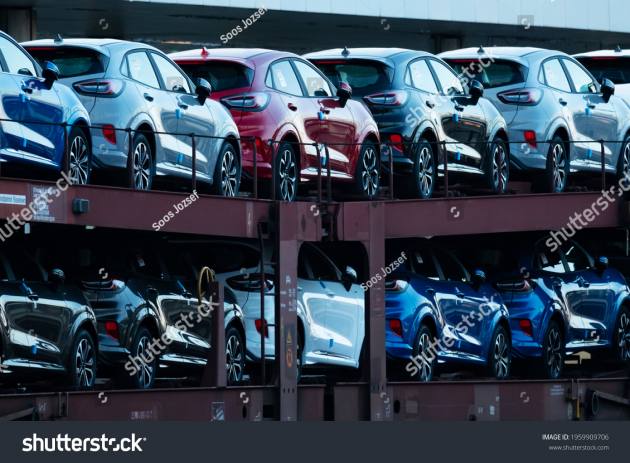 Twenty-five years ago, the iconic Ford Motor Company came to India, believing in the India story. But it was only after spending 10 lacklustre years that the American carmaker began tasting success with the launch of its compact hatchback Ford Figo in 2010. By 2011, Ford had begun eating into the market share of Maruti Suzuki, Hyundai and Tata Motors, increasing the size of its pie to 4.8% of the total industry sales as compared to 2.3% the previous year. It was a small success in absolute numbers but it convinced the global automobile giant to invest more than $2 billion in India, setting a target of becoming the third-largest automaker in the world’s seventh-largest car producing market by 2020.

Ford’s story, however, ended abruptly last month with the company announcing the shutdown of all its plants in India citing heavy losses incurred in the previous decade. In its two-and-a-half decades-long journey, Ford’s first profit in India came in 2017. Within the next four years, despite all the efforts and cutting-edge technology, the American carmaker gave up on its India dream, joining the ranks of four automakers—Harley-Davidson, General Motors, Fiat, and UM Motorcycles—who had earlier exited the India market. Opinions are divided on the reasons behind the exit of Ford and the other carmakers from India.

While some blame their product strategy, the others rue lack of demand in the country despite it being the world’s fifth-largest automobile market. Product critics say that Ford remained a two-model (Figo and EcoSport) company over the past decade. Its upgrade of Figo could not meet the competition in the category from the likes of Hyundai i20, Volkswagen Polo and Maruti Suzuki Baleno. “India is primarily a small-car market. The success of Maruti and Hyundai proves that there’s demand but you have to come up with the right products,” says an executive from a leading car company. The same logic stands for General Motors which was known just for its Chevrolet series of cars, including Spark, Beat and Tavera. While Spark and Beat were popular in the years before the automaker announced its exit, Tavera was well past its prime at the beginning of the last decade. One can attribute the same reason for the failure of Harley-Davidson, UM Motorcycles and Fiat in India. The revival of Tata Motors in a shrinking market confirms what the executive said. The company has risen from the ashes in the past five years. From a market share of just 4.6% in 2016 and 4.8% in 2020, Tata Motors now holds the number three position in the Indian car market with over 9% market share. In FY21, the company posted a remarkable growth of over 69% with the sale of 2.2 lakh units.

Tata Motors’ comeback can be attributed to the Tiago model, a five-seater hatchback costing between Rs 5 lakh and Rs 8 lakh. The other car that helped the carmaker change its narrative is Nexon, a sub-4-metre SUV in the Rs 7 to 11 lakh range. But Gaurav Vangaal, associate director at IHS Markit, holds a different view and points to the demand-side problem in the Indian economy. “Between 2011 and 2019, the light vehicle market grew at a CAGR of just 2%. At this level of market growth, it’s not possible to sustain for most companies. It was the same story earlier for GM and now for Ford. Most people are just replacing their old cars and first-time buyers are gradually reducing in the market,” he argues. Vangaal’s argument makes sense when we analyse the per capita GDP growth of India over the past 10 years. According to World Bank data, in the decade spanning 2011-2020, India’s per capita GDP, at current prices in US dollars, grew at a CAGR of just 4.3%. For an economy that was projected to reap the benefits of the demographic dividend—12 million people enter the working-age population of 15-59 every year—this growth was discouraging. Sanjeev Sanyal, the government’s principal economic advisor, does not buy the demand argument at all. “There are certain issues related to chip manufacturing that the current auto sector is facing. This is a global problem and has nothing to do with India. And it has nothing to do with demand. There’s a demand for cars. As soon as the chip supply comes back, worldwide car manufacturing will revive,” he says.

American automakers may have failed in their product strategy, but every stakeholder in the auto industry blames the government for its policy flip-flop. The government chose to put automobiles in the highest tax slab of 28% under the Goods and Services Tax (GST) when it was introduced in 2017. The effective tax rate on most vehicles touches 43% due to the compensation cess that ranges from 1% to 22%. Industry bodies had made several representations to the government seeking a lower tax slab in the face of falling sales over the past three years. But, high fiscal deficit and lower tax collections stopped the finance ministry from announcing any relief on this front. The implementation of Bharat Stage VI (BS-VI) standards also cost car manufacturers a bomb. The transition from BS-IV to BS-VI standards cost each company anywhere between Rs 150 crore and Rs 200 crore for each platform. A company like Mahindra, which broke its platform-sharing tie-up with Ford in 2021, had 10 vehicle-manufacturing platforms. If this was not all, the government think tank NITI Aayog had proposed the phasing out of all diesel engines by the end of this decade.

While the government had clarified later that no such proposal would be accepted, the automakers could not ignore the impact that such a policy could have on their operations and long-term investment plans. Even the PLIS (Production-linked Incentive Scheme) worth Rs 260.58 billion announced by the Centre recently urges existing automakers to make more investments in electric and hydrogen fuel cell technologies. “How much can automakers invest in new technologies without making a return on previous upgrades? The move from BS-IV to BS-VI has already cost the industry huge losses. Now, the PLIS incentivises only those willing to incur new investments in EV and hydrogen technologies. When the industry had discussed it a few years ago with the government, it was proposed as a scheme to promote exports from India. But now, it is to put the burden of green technologies on the industry,” said a miffed industry executive.

The per capita income of Indians may have grown at a meagre rate of 4.3% in the last decade but the cost of owning a car has increased significantly. According to a report published by Edelweiss Research in 2019, the cost of vehicles in India was slated to increase by 13-30% in the FY19-21 period. If we take into account the decadal increase in the cost of ownership of cars, it would be well above 100%. Add to it the rising cost of fuel and driving a car in India becomes an expensive affair. Since the beginning of 2021, Maruti Suzuki, India’s largest carmaker, has had to hike the prices of all its models four times already. Despite tepid demand in the industry, carmakers have been forced to pass on the high input costs to the customers. Most automakers have hiked prices by 2-3% this year so far. Automotive writer and analyst Ranojoy Mukerji points to the increase in the price of cars over the past 10 years. “Look at Toyota Innova which was launched at a price of around Rs 7 lakh in 2005. Today, it costs Rs 14 lakh. Take the cost of any car over the past decade. Every carmaker has had to increase the price of its cars due to an increase in input costs, including excise duty. When petrol and diesel sell for Rs 100 a litre, existing car buyers may continue to drive their cars but it dissuades the first-time car buyers from making a purchase,” he says.

What’s In Store For Automakers?

There’s a consensus among stakeholders that the Indian car market will take a few years to regain the promise it held at the beginning of the decade. Sugato Sen, former deputy director-general of the Society of Indian Automobile Manufacturers (SIAM), advises Indian automakers to ensure that they have multiple products to survive in the Indian market.“Indians are price-sensitive and every player that holds a good market share has to have a good portfolio of hatchbacks that gives volume,” he says. But having spent over two decades observing the auto industry, Sen also expresses concerns over the future of many carmakers.

“In the end, any company that goes out can be blamed for not having a good product strategy, but we can’t ignore the fact that a market which sees demand deceleration for long, cannot sustain even those with the best of products,” he adds. India’s automobile sector accounts for 7% of the GDP and employs 3.7 million people. It’s one of the few sectors that allow India to compete in the global exports market with high-end products. Every exit of a foreign automaker unleashes a cascading effect on the economy. Even if Ford, General Motors and other players were bad with their product strategies, the government would be ignoring the lack of demand at its own peril.