While it does not really make any difference for the company itself, it does matter to the promoters and early-stage investors who want to encash the stock market frenzy. 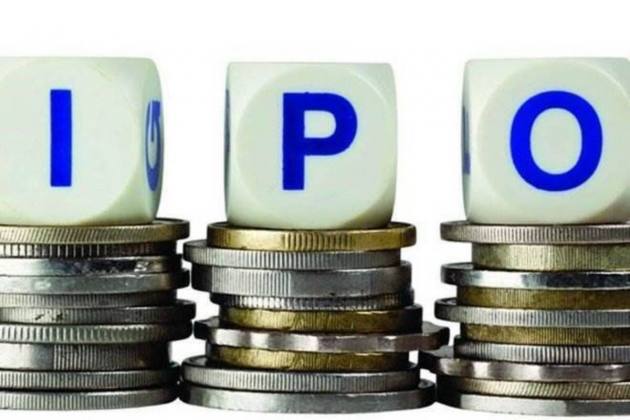 In the history of India’s capital markets, 2021 will be remembered as the golden year for investment bankers and unicorns struggling to make profits. The unprecedented buoyancy of the stock market has given a new mantra to the venture capitalists (VCs) of bleeding unicorns to reap the fruits of their investment while passing on the risk to the stock market investors.  Under the garb of Initial Public Offering (IPO), Offer for Sale (OFS) is the route through which unicorns making low or no profit are providing a handsome exit (partial or full) to the VCs who have financed their venture till now.

The Initial Public Offering (IPO) of any company consists of two parts—fresh issuance of shares by the company and Offer For Sale (OFS) where early-stage investors or company promoters sell their shares, encashing the risk and pains they took. A large part of fresh issuance of shares is made when companies have large working capital requirements that cannot be met by internal cashflow generation through operations and early-investors’ reluctance to infuse more equity.

Dominance Of OFS In IPO

Year to date, approximately 62 per cent of all IPO money was OFS where existing investors and promoters sold their shares to retail public and mutual funds while pocketing handsome gains. According to Value Research data, year to date, 49 IPOs had raised Rs 1,01,053 crore, in which Rs 62,077 crore was OFS. Out of 49 IPOs, 31 had more than 60 per cent OFS, 26 had more than 70 per cent OFS portion and 11 of the IPOs were actually 100 per cent OFS with no issuance of fresh shares.

So, why are so many IPOs predominantly raising money through OFS suddenly? And does it even matter how companies are raising money—be it fresh issuance or OFS? While it does not really make any difference for the company itself, it does matter to the promoters and early-stage investors who want to encash the stock market frenzy.

Pitfall Of OFS For Retail Investors

The growing OFS pie in IPOs shows that companies are not coming to the public market because they need new funds for growth and expansion. They’re doing that to give a handsomely profitable exit to early-stage investors and promoters by taking advantage of the vigorously flourishing stock market.

This also means that a major chunk of the money raised through IPOs for these companies is going to the early-stage investors and not towards the growth and development of the company itself.

As these companies are in a situation where they are making low to no profits, what will happen when they need cash in future to finance their growth? It is most likely that they will either knock on the doors of financial institutions or issue fresh shares to meet their capital requirements in future. While bank loans will lower the profits of the company further, fresh issuance of shares will lower its Earning Per Share (EPS). So, it is fairly accurate to assume that both tactics will adversely affect the valuation of the company, lowering its share price and creating losses for the public who bought these shares during the IPO frenzy.

A PR agency gets hired by the company often as soon as it decides to go for an IPO. This is followed by a PR and marketing blitzkrieg to create enough FOMO (Fear of Missing Out) leading up to a frenzy to subscribe to the IPO just before listing.

For instance, cosmetic and fashion e-tailer Nykaa spent Rs 121 crore in marketing and advertising in the July-September quarter of FY21 while in the same quarter of FY20, it had spent only Rs 31.5 crore.

While OFS through IPOs is not disallowed, a stock exchange veteran, on condition of anonymity, opines that the regulator does not create a marked distinction between OFS and IPO. The investors should be exercising caveat emptor but most of the retail investors do not understand the difference between an IPO and an OFS, let alone know the implications of investing in OFS-heavy companies. He points out that the retail investor in the stock market rarely has deeper knowledge or understanding about companies, sectors or IPOs. Such investors are moved by the hype and marketing done around an IPO.

What a gullible investor does not understand is that when a company pays an investment banker to do its valuation before an IPO, the ethical dilemma of the issuer pay problem arises. Investment bankers will rarely give poor valuation to a company that is paying them.

The problem is worse in the case of OFS-heavy IPOs. If the company wants to make the partial or total exit lucrative for its VC investors, the Initial Offering Price should be high enough to give good returns to the VCs through OFS. The issuer pay problem will then skew the valuation more. The investment banker fixes the Initial Offering Price as per the skewed (high) valuation and the retail investor subscribes to this fixed price.

The VC investors of Nykaa are primarily rich family offices and high net worth individuals, including the Sanjay Nayar Family Trust run by Falguni Nayar’s husband Sanjay Nayar. Sanjay, a former CEO of Citigroup’s Indian operations, is currently the chairman of the Indian arm of the global Private Equity giant KKR. Fresh issue of shares in the Nykaa IPO was less than 12 per cent which indicated that the company’s IPO was primarily aimed at providing a lucrative exit route to early-stage investors on the back of a booming stock market.

Nykaa was an oversubscribed IPO opening at a price of more than 79 per cent as compared to the offer price of Rs 1125. One of Nykaa’s differentiators amongst new IPOs was that it was ‘profitable’ while the other unicorns of its stature were not. Nykaa’s wide distribution network and e-tailing of cosmetics and fashion were also projected as strong suits of the company. While it started off by selling established brands of other companies, it now sells its own brands along with other established brands.

A comparison between Nykaa and personal care FMCG firm Emami is baffling. Emami arguably has a much wider distribution network as compared to Nykaa and owns well-known brands like BoroPlus, Kesh King Hair Oil, Navratna Hair Oil, Zandu Balm, Fair & Handsome, Emami Fast Relief, Vasocare, He Deodorant, Crème21, and more. While Nykaa booked a paltry net profit of about Rs 62 crore for the first time in the last three years, Emami has been profitable for many years and has booked about 666 per cent more profit than Nykaa this year. Yet, the current market capitalisation of Nykaa is Rs 1.01 lakh crore and Emami’s is a paltry 22% of that of the e-commerce cosmetic seller.

A tweet by Nikhil Kamath, co-founder of brokerage firm Zerodha, aptly captures the sentiments of many stock market veterans in this case. On 10 November, 2021, the day Nykaa got listed, Kamath tweeted: ‘Nykaa lists at 1600 times price to earnings. They sell cosmetics online, paytm next, the best thing for a value stock investor might be to go on a really long holiday right about now.’

On the other hand, Hemang Jani, head of equity strategy, broking and distribution at Motilal Oswal Financial Services, feels that the substantial valuation received by such IPOs this year reflects the growing appetite of the retail investor to be part of new-age growth companies.

In FY21, brands like Zomato, Nykaa, CarTrade and Paytm were listed in the Indian stock market with much hype around the coming of age of India's start-up ecosystem. Notably, Zomato and Paytm are yet to book any profits, Nykaa turned profitable for the first time in FY21 and Cartrade has been booking net profit of less than Rs 33 crore for the past two financial years.

The new start-up turned publicly listed companies are either making losses or making miniscule profits and according to many market experts, they are already overvalued.

A former fund manager with a rich family office, on condition of anonymity, accepted that the high valuations fetched by newly listed companies making low or no profit are signs of an equity market bubble.

“IPO now stands for ‘It’s Probably Overpriced’ and there is not much left for retail investors unless they hold it for a decade or so,” he said.

Investing in a loss-making venture while having faith in its future potential, i.e. return on investment, was always a venture capitalist’s game. A VC gets equity in return of investment in a start-up. Stock market investments provide return on investment through dividends and hopefully, profit upon sale of shares. A typical retail investor in the stock market has a totally different risk appetite, both financially and psychologically, as compared to a VC.