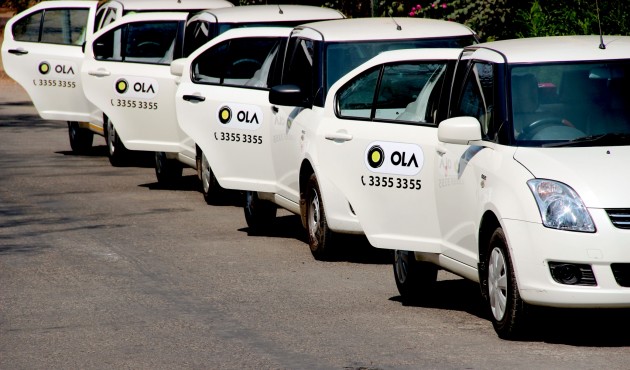 Ride-hailing platform Ola on Tuesday appointed V Ramesh as the head of operations at Ola Futurefactory and P V Harinarayan as the vice president of lending at Ola Financial Services. Moreover, Priteesh Mahajan has been appointed as the head of the two-wheeler programme management and product planning at Ola Electric.

Ola Futurefactory is the manufacturing hub of the company's e-scooter, spread over 500 acres near Krishnagiri in Tamil Nadu.

Further, online publication Moneycontrol reported the head of quality assurance Joseph Thomas too exited the company barely a year after joining. People familiar with the development informed the publication.

"We're ushering in the era of new mobility and continue to attract the best talent from around the world to build it out at scale," says Ola founder and CEO Bhavish Aggarwal.  He adds that the additions to the leadership team will add significant experience and diverse skills to Ola in key areas, including lending, production and quality as well as engineering management.

Harinarayan has close to two decades of experience in the banking and fintech domain. He had previously served as the chief executive officer of Simple Pay. Moreover, Harinarayan has also worked with organisations such as Bajaj Finserv, Barclays and ICICI Bank.

Priteesh Mahajan will be overseeing the engineering programme management for the company's two-wheeler programme that includes both the current line-up as well as future products.

Ola like a host of other tech-based startups has witnessed exits of various senior executives. The list includes chief financial officer Swayam Saurabh and chief operating officer Gaurav Porwal. Last week, the company's general counsel Sandeep Chowdhury too made an exit. Additionally, the company had appointed Arun Sirdeshmukh as the CEO of Ola Cars and  Vinay Bhopatkar as the head of the delivery business. Ola, in its statement, said it has also accelerated hiring across all levels to build a deep bench strength of talent and leadership pipeline.

The exits serve as a serious blow to the tech-startup which is suggested to be planning to file its draft red herring prospectus, a prerequisite before going public, later this year.

On October 21, Ola Cars, the marketplace platform of ride-hailing app Ola, said it plans to acquire a market leader status in the next twelve months by obtaining $2 billion in gross merchandise values (GMV). The company announced plans to hire 10,000 people to steer the company's ambitions.