Omicron Scare: Has Centre Missed The Window To Push Capex In FY22?

November was the second straight month of falling Capex. In October, Capex fell to Rs 23,919 crore from Rs 57,483 crore in September. 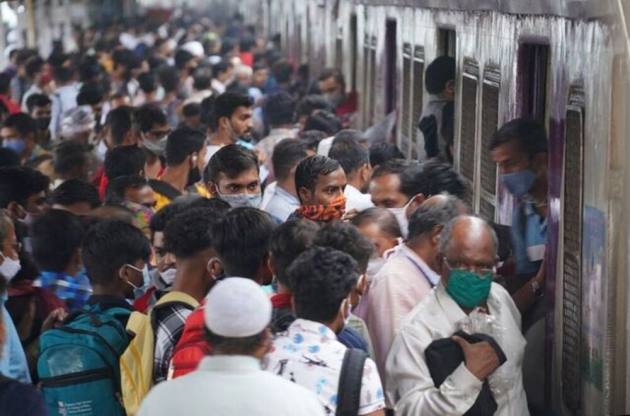 Despite the government’s insistence on pushing capital expenditure (Capex) in order to fast track economic growth, data released recently paints a different picture. India’s capital expenditure in November was at Rs 20,360 crore compared to Rs 43,803 crore in the same period a year ago, falling more than half on a yearly basis.

November was also the second straight month of falling Capex. In October, Capex fell to Rs 23,919 crore from Rs 57,483 crore in September. October Capex fell 24.11 per cent year-on-year. In the first two months of FY22’s third quarter, the government’s expenditure dropped 41.21 per cent to Rs 44,279 crore compared to Rs 75,322 crore in the same period a year ago.

And now with India in the middle of the third wave of the Covid-19 pandemic, efforts to spur growth might get derailed yet again. The Omicron variant of the coronavirus has forced central and state governments to impose fresh sets of curbs, restrictions, and shutdowns, which would expectedly impact the growth numbers of the fourth quarter.

In case of the private sector, most companies meet their Capex targets in the last quarter and start invoking investments. But private sector spending has been weak due to the lack of demand across sectors. “Now, on account of the third wave, it is possible that these get deferred. There’s already a strong possibility of slowing sales, in which case investment decisions would get deferred to next year because of the uncertainty,” Madan Sabnavis, chief economist Bank of Baroda, said.

According to Sabnavis, the Centre’s targets are expected to remain on track but for states, it would depend on their revenue positions. In order to incentivize states to spend more, the Centre had announced that states would be allowed to make additional borrowings to the tune of 0.5 per cent of their gross state domestic product (GSDP) if they succeed in achieving at least 15 per cent of FY22’s Capex target by the first quarter, 45 per cent in the second quarter, 70 per cent in the third, and 100 per cent at the end of the fiscal year.

“If their revenues are not buoyant, they usually defer it (Capex) to the fourth quarter. If revenue continues to be weak, it is possible they would cut back on discretionary spending, i.e., Capex. Because of Omicron and the lockdowns that the states are now imposing, there could be a slowdown in the overall spending and revenue of the states,” Sabnavis said.

According to Sabnavis, there has been a fall in capital expenditure in the current financial year. “The recent announcement of Capex by CMIE (Centre for Monitoring Indian Economy) shows that in Q1, Q2, and Q3 compared to last year’s there’s been a drop, especially in Q2 and Q3. Meaning corporate sector investments are low-key this financial year. Demand hasn’t picked up to that extent across all sectors,” Sabnavis said.

According to Sanjay Kumar, partner Deloitte India, “Omicron will definitely impact (spending) to an extent, but if there is no national lockdown, the impact would not be as severe. But if Omicron assumes the proportions of the second wave as seen in the March-June period last year, the impact would be far more drastic.”

India Ratings and Research (Ind-Ra) said that the Omicron wave would have an adverse impact on FY22 fourth-quarter GDP. “Ind-Ra’s estimate shows that GDP growth in 4QFY22 will now come in at 5.7% YoY, which is 40bp lower than the agency’s earlier estimate of 6.1%. For the entire FY22, the GDP is expected to clock a growth rate of 9.3% YoY, 10bp lower than our earlier estimate of 9.4%,” it said in a statement.

Devendra Pant, chief economist Ind-Ra said that chances of a nationalized lockdown due to Omicron was unlikely. “What we have seen till now are localized and regional movement restrictions. Which would impact consumption,” Pant said.

The central government has been urging ministries to up their spending. Finance minister Nirmala Sitharaman had in June asked public-sector undertakings of railway and power sectors to meet the Capex targets outlined in the budget. The FM has also been reported to have pulled up infrastructure ministries for poor Capex performance. In a letter to railway minister Ashwini Vaishnaw, Sitharaman pointed out that the railways had spent only 61 per cent of budget targets till November 2021. Among the infra ministries, power ministry’s capital expenditure was 7 per cent, road, transport, and highway ministry’s was at 68 per cent, telecom department’s was at 12 per cent, and ministry of housing and urban affairs’ was at 66 per cent, according to data from Controller General of Accounts.

“The YoY halving in the capital spending of the GoI in the month of November 2021 is disappointing, even though it can partly be attributed to interruptions related to the festive season. After crossing a healthy Rs 57,000 crore in September 2021, capital outlay has fallen sharply in the subsequent two months,” Aditi Nayar, chief economist ICRA, said.

Nayar said with a substantial 15 per cent expansion in revenue expenditure offsetting the sharp contraction in capital spending, the Centre’s total expenditure has logged a rise of only 5 per cent in Oct-Nov 2021, compared to a 21 per cent uptick in the second quarter of FY2022.

“The subdued rise in the GoI's spending so far does not augur well for the pace of GDP growth in Q3 FY2022, although expedited transfers to the states may provide some support,” Nayar said.

Centre’s spending-intensive ministries like roads, railways and urban development had mostly spent as per the targets, according to Sabnavis.