On-Ground GST Council Meet After 20 months. Here's What You Should Look Out For 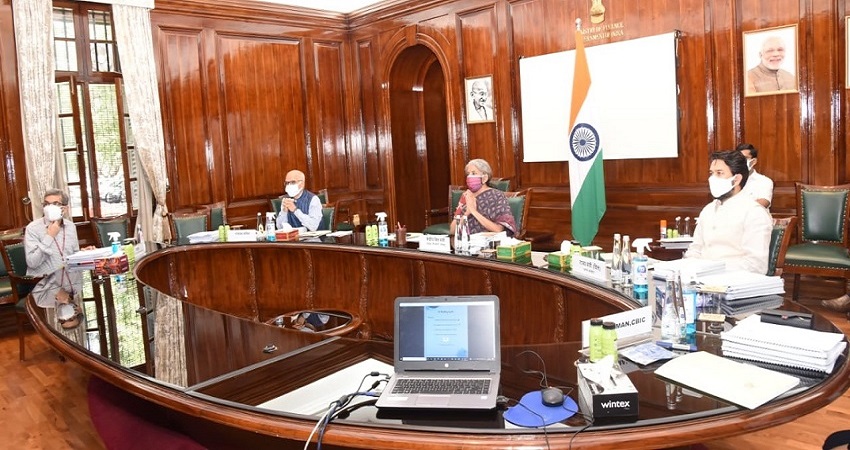 The GST Council would have an on-ground meeting for the first time in 20 months. The last such a meeting was held on December 18, 2019, before the lockdowns were enforced due to Covid-19.

With fuel prices soaring, all eyes are set on whether the government brings diesal, petroleum, and petroleum products under the ambit of the indirect tax. However, bringing fuel under one-tax would require both the central and state governments to make huge adjustments on taxing these products. The Centre and opposition-ruled states were involved in a bitter face-off through the whole of last year over compensation to states due to loss of revenue from subsuming of taxes.

GST is viewed as the only solution to near-record high petrol and diesel prices in the country. GST would end the cascading effect of tax on tax (state VAT being levied not just on the cost of production but also on the excise duty charged by the Centre on such output).

In June, the Kerala High Court, based on a writ petition, had asked the Council to decide on bringing petrol and diesel within the GST ambit.

While a decision to bring fuel products under GST immediately, seems unlikely, but it's widely expected that the Council would begin a discussion on the same in tomorrow's meeting. Bringing it under one tax would provide uniformity, but it would result in loss of revenue for states and cesses for the Centre.

When GST was introduced on July 1, 2017, amalgamating over a dozen central and state levies, five commodities – crude oil, natural gas, petrol, diesel, and aviation turbine fuel (ATF) – were kept out of its purview given the revenue dependence of the central and state governments on this sector.

This meant that the central government continued to levy excise duty on them while state governments charged value-added tax (VAT). These taxes, with excise duty, in particular, have been raised periodically.

"It is essential to overcome the challenges arising from the inverted duty structure on certain products, in addition to extending relief for pharma products required for treatment of Covid patients," M.S Mani, senior director, Deloitte India, said.

The Council is also expected to include food delivery companies like Zomato and Swiggy as restaurant services. This would shift the compliance burden on such companies instead of restaurants, thereby stopping tax evasion.

Extension of duty relief on Covid essentials is also likely to be on the cards. The Council would also consider the modalities of continuation of compensation cess beyond June 2022.