Covid-19 has compelled people across generations to start using online modes of transactions, but with the growing use of apps for transactions and other financial activities, the number of online banking frauds has also got doubled in 2020. 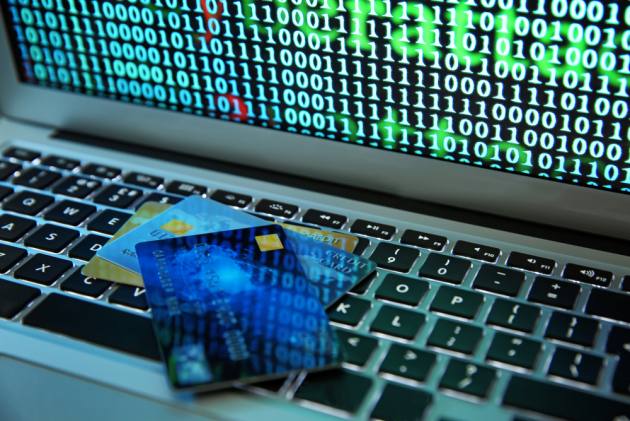 While on one hand, online mode of financial activities has become an integral part of the digital India initiative, the number of online banking fraud cases reported between 2019 and 2020 have almost doubled. As per data from the National Crime Record Bureau (NCRB) for this period, the total number of cases of online frauds across India was 2,093 in 2019, while in 2020, after the outbreak of Covid, it went up to more than 4,000.

Even as a lot of people are enjoying the benefits of the digital push, banking frauds are discouraging some people from taking the online route. Mouli Manna, 26, a resident of Noida preferred to do cashless transaction, especially after Covid. But after falling prey to an online financial fraud, she has stopped using any sort of apps and websites for transactions. “I have even uninstalled Google Pay, out of fear,” says Manna, who strictly does cash transactions and prefers offline methods for any financial activities these days.

We take a look at which cities and states were the worst hit in terms of online banking frauds between 2019 and 2020.

More Than 50% Frauds In Metropolitan Cities

The metropolitan cities contribute to more than 50 per cent of banking frauds happening in India. Hyderabad and Mumbai recorded the highest number of fraudulent activities among metros after the Covid outbreak. The banking fraud number in Hyderabad went from zero to more than 1300 between 2019 and 2020.

Out of every 100 online banking frauds reported in metropolitan cities in 2020, more than 75 of them were from Hyderabad. While Mumbai has always been the city with the highest number of online banking fraud cases, among other metropolitan cities, no case was reported in Hyderabad till 2019.  Experts believe that the booming IT start-up culture in the city may be one of the contributing factors behind this.

“While there are lots of positive sides to this booming digital culture in Hyderabad, one negative repercussion could be that it also makes Hyderabad - a breeding ground for several rouged IT actors and malicious cybercrime vectors too.  This reality coupled with Covid led to unpredictable job losses and shrinking employment opportunities, we could have a situation,  where Hyderabad could end up being the favourite boiling pot of cybercrime. How is it not possible that to create quick money, several jobless IT professionals could end up developing malware, harmful phishing bots and such APIs that cause several online frauds particularly financial frauds? Therefore,  technology advents combined with the malicious intent, and the  socio-economic reality of the region has led to the sudden spurt of Cybercrimes in Hyderabad," says Dr Charru Malhotra, who has worked extensively in IT, Cybersecurity and Digital Transformation and currently is the Coordinator (Centre of eGovernance ), Indian Institute of Public Administration (IIPA), New Delhi.

Apart from Mumbai and Hyderabad, cities that recorded the maximum number of online banking fraud in 2020 include Ahmedabad, Delhi and Pune.

More Than 85% Of Cases Reported In 5 States 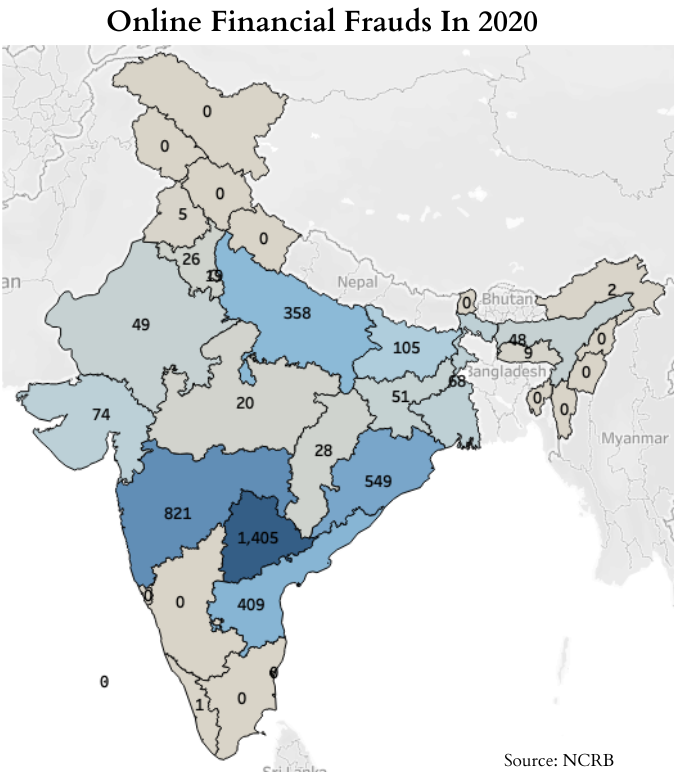