Paytm Stocks Rebound For The First Time After Going Below Rs 1,000

Paytm stocks returned to green as they ended 8.4 per cent higher on Friday after witnessing a steady fall for a considerable period. 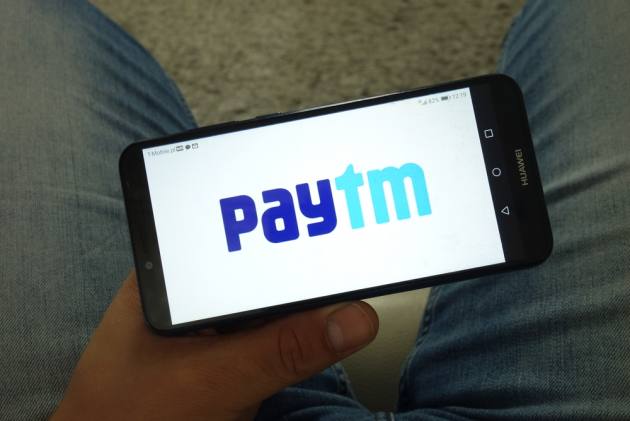 After witnessing a steady fall for a considerable period, stocks of Paytm owner One97 Communications on Friday rebounded after falling below Rs 1,000 for the first time since listing.

The stock witnessed a decline for the ninth consecutive session, as it hit a record low of Rs 995 a share in the opening but later it recovered losses as it went over 2 per cent higher. Paytm shares were at 8.4 per cent higher for the day during the closing on Friday at Rs 1,118.4 on BSE.

In opening trade, it had gone down below the Rs 1,000 level for the first time since listing. Public sector bank SBI topped the chart as the biggest remitter in December, as per the data released by the National Payments Corporation of India (NPCI).

Since its listing, shares of Paytm have lost more than 50 per cent witnessing severe loss and there was a growing concern among investors as the fall continued for a long time. Predictions by various brokerage firms and expected norms on digital payment regulations fuelled further the concern among the investors.

Recently, there were indications that the US Federal Reserve may increase interest rates earlier than expected and such speculations also impacted valuations of various companies across the globe.

The company attributed the loss to a 40 per cent increase in expenses during the second quarter. As per the company’s report, it has spent over Rs 7 crore on its IPO.

“Globally, we probably went in at a time when QE, free money and many other parameters brought a little spook out of the market. South American companies are over 70 per cent down. That’s not the reason completely. That’s a macro reason,” Paytm founder Vijay Sekhar Sharma said at the Internet and Mobile Association of India’s (IAMAI) India Digital Summit 2022.

Paytm reported a net loss of Rs 473 crore for the September-ended quarter as compared to Rs 436 crore loss in the same period last year. This is 8 per cent wider than the previous quarter.

Despite recording losses, Sharma was hopeful that his company would claw back as evident from his words in the summit. “South American companies are down by 71 per cent. Paytm is a payments company and payments has a derivative revenue line item in financial services driven by credit. We are growing more than 50 per cent yearly on payments services. We make a profit,” added Sharma.