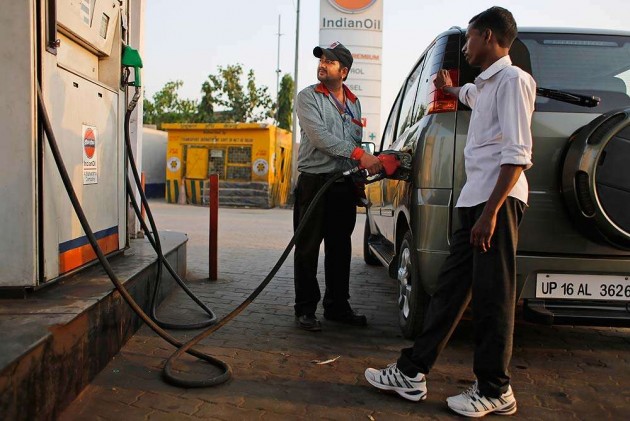 Despite several price cuts in petrol and diesel rates, on the eve of Diwali and a day after the festival on November 5, petrol prices continue to be above Rs 100 in Delhi and some other states. Among the four major metros, the price of petrol continues to be highest in Mumbai at Rs 109.98 per litre on Saturday.

BJP-ruled states and Union Territories further reduced the price by as much as Rs 8.7 per litre for petrol and by Rs 9.52 for diesel on November 5, a day after Diwali. But in most of the opposition-led states like Delhi, West Bengal, Telangana, value-added tax (VAT) has not been reduced even after the latest price cut.

It was in May 2021 that petrol prices first rose to Rs 100 in metro cities including Delhi, Kolkata and Mumbai.

The reduction in the prices of petrol and diesel on the eve of the festivals came as a Diwali bonanza for most people. There has been a sharp rise in the prices for the last few months, and on October 21, just a couple of weeks before Diwali, the prices went up by 35 paise per litre each, raising fuel rates across the country, with cities like Delhi and Mumbai recording highest-ever petrol prices.

After the central government announced the price cuts through tax reduction, various states, announced a reduction in tax on petrol and diesel at the state level. The price varies from state to state, depending upon the tax imposed by the state government.

As per a statement issued by the Karnataka government, it became the first state to reduce the sales tax on the prices of petrol and diesel on November 4. The Uttar Pradesh government also announced a total price cut of Rs 12 on fuel prices on Diwali.

Although, dual reduction of taxes (both by states and central government) has comparatively reduced the price of the fuels, yet the rate is yet to come down below Rs 100 for petrol in most states.