Under the Pradhan Mantri Kisan Samman Nidhi (PM-KISAN) scheme, a financial benefit of Rs 6,000 per year is provided to the eligible farmer families, payable in three equal installments of Rs 2,000. 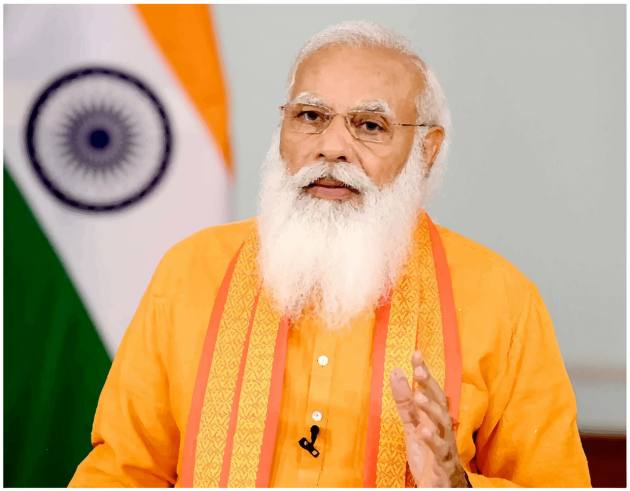 Prime Minister Narendra Modi on Saturday released over Rs 20,900 crore to more than 10.09 crore farmers across India as 10th installment of financial aid under the PM-KISAN scheme.

Modi released the amount to beneficiaries at an event held through video conference.

Under the Pradhan Mantri Kisan Samman Nidhi (PM-KISAN) scheme, a financial benefit of Rs 6,000 per year is provided to the eligible farmer families, payable in three equal installments of Rs 2,000. The money is transferred directly to the bank account of the beneficiaries.

During the virtual event, the Prime Minister also released an equity grant of more than Rs 14 crore to about 351 Farmer Producer Organizations (FPOs), benefiting 1.24 lakh farmers.

The virtual event was attended by as many as nine chief ministers, several ministers from different states, and representatives of agricultural institutions.

On the occasion, Union Agriculture Minister Narendra Singh Tomar said on the first day of the New Year 2022, around Rs 20,900 crore is being transferred to about 10.09 crore beneficiaries. He also said the PM-KISAN programme was launched as part of the government's effort to help double the income of farmers.

The 9th installment of PM-KISAN was released by in August 2021.

With the released latest tranche, the total amount provided under the scheme has touched about Rs 1.8 lakh crore. PM-KISAN scheme was announced in February 2019 Budget. The first instalment was for the period December 2018 to March 2019.