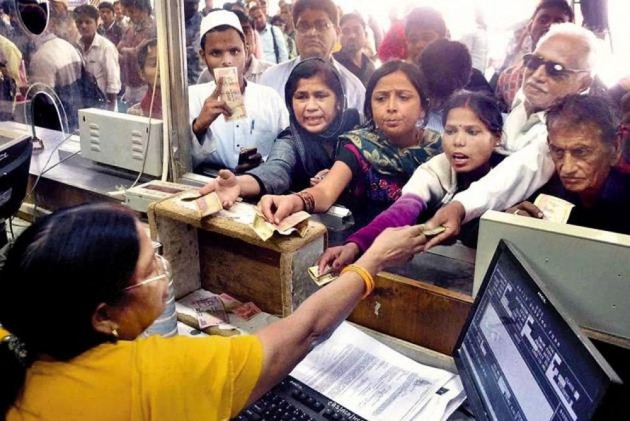 Observing that note-ban would have no material impact on tackling the menace of black money, the Reserve Bank of India (RBI) board had warned the government of a short-term negative impact of demonetisation on the country's economic growth, RTI has revealed.

The board, according to minutes of the meeting revealed by the central bank in an RTI reply, had met just two-and-a-half hours before Prime Minister Narendra Modi in an address to the nation announced the demonetisation decision on November 8, 2016.

'Demonetisation Drive Was Executed Without Much Planning'

The minutes of the crucial board meeting, which approved the government's request for demonetisation, recorded the presence of the then RBI Governor Urjit Patel and the then economic Affairs Secretary Shaktikanta Das. Others at the board meeting included the then Financial Services Secretary Anjuli Chib Duggal, and RBI deputy governors R Gandhi and S S Mundra. Both Gandhi and Mundra are not part of the board now, while Das was appointed as the RBI governor in December 2018.

"It is a commendable measure but will have short-term negative effect on GDP for the current year," as per the minutes posted by RTI activist Venkatesh Nayak on the website of Commonwealth Human Rights Initiative.

"Most of the black money is held not in the form of cash but in the form of real sector assets such as gold or real estate and that this move would not have a material impact on those assets," the board observed in its 561st meeting held in Delhi.

The prime minister had announced demonetisation of high-value currency notes with the aim to curb the black money, check counterfeit currency and stop terror finance among others.

While any incidence of counterfeiting is a concern, the minutes said, Rs 400 crore as a percentage of the total quantum of currency in circulation in the country is not very significant.

Only Rs 10,720 crore of the junked currency notes did not return to the banking system, rest 99.9 per cent was deposited raising a question mark over the government's effort of curbing black money through the demonetisation.

The minutes pointed that "the growth rate of economy mentioned is the real rate while the growth in currency in circulation is nominal. Adjusted for inflation, the difference may not be so stark. Hence, this argument does not adequately support the recommendation (in favour of demonetisation)".

The government has always maintained that the decision did not have much impact on GDP growth.

The board was assured that the government would take mitigating measures to contain the use of cash, it said.

In another reply, the RBI has said it has no data on the old 500 and 1,000 rupee notes used to pay for utility bills such as fuel at petrol pumps -- payments that are anonymous and are believed to have formed a good part of the demonetised currency that returned to the banking system.

The government had allowed the exchange of the junked notes as well as they were used for payment of utility bills for 23 services.

After the report came to fore, Congress also attacked the government over the issue with former Union minister alleging that despite the observations, the Central Board of Directors had backed the move as the RBI was "pressured" by the government.

He also alleged that demonetisation, issued through a "Tughlaqi farmaan" (autocratic and arbitrary decision), had destroyed the Indian economy.

Ramesh said all abnormal flows from legitimate tax havens and abnormal deposits in cooperative banks would be probed if the Congress came to power in the upcoming general election.

"The first thing that we will do when we come to power is restore the autonomy and independence of the RBI," the Congress leader said.

On November 25, 2016, the exchange of old notes was stopped and the government allowed the use of only old 500 rupee notes at these utilities till December 15, 2016. The government, however, stopped the use of even this currency at petrol pumps and for the purchase of air tickets at airports abruptly with effect from December 2, 2016, after reports that they were becoming fronts for laundering of old currency notes.