Shaktikanta Das has got a three-year extension as RBI Governor because he has proved to be convenient for the government, says Yashwant Sinha. 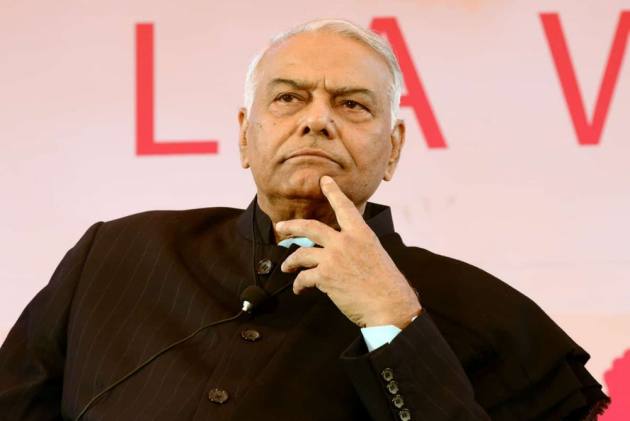 The government has extended the tenure of Reserve Bank of India (RBI) Governor Shaktikanta Das for three years. Former Minister of Finance and vice-president of All India Trinamool Congress Yashwant Sinha spoke to Harsh Kumar from Outlook Money, on Das’ extension, creation of ‘bad banks’, and what he thinks is the way forward for the Indian economy. Sinha echoes the popular charge against the RBI Governor being the ‘convenient’ choice rather than the best choice. Edited excerpts:

The tenure of RBI Governor Shaktikanta Das has been extended by three years. What are your views on that?

The current government always looks for convenient people for important positions; that is the reason why Raghuram Rajan was not given an extension as the governor of RBI, though he richly deserved it. (Shaktikanta) Das has got it because he has proved to be convenient for the government. So, an extension by another three years for Shaktikanta Das is not surprising at all.

They are looking for people who are convenient for them. They have in the past also earned large sums as dividends from RBI. That way their rules are satisfied and that money is made available. (Former RBI Governor) Urjit (Patel) left because he had serious differences with the government on various issues, including the amount of dividend. So, after the experience of Raghuram Rajan and Urjit Patel, the government decided to go with a person whom they can trust and who will be willing to accommodate them.

RBI has taken several measures to maintain financial stability and push growth during the Covid-19 crisis. Do you feel those decisions have helped avert an economic disaster?

What are the challenges that await the RBI Governor going forward?

The most important challenge for the RBI has always been to keep the wheels of the economy moving through enough liquidity in the system. Firstly, I have never appreciated the idea of ‘Bad Bank’, which the government and RBI want to set up. It is a very convenient formula that you transfer all the NPAs (non-performing assets) to a ‘Bad Bank’. Then nobody will know what’s happening. The banking system will appear to be healthy but in actuality, that would not be so. This artificial boost to the bank’s health is not a good thing. I hope that RBI will oppose the idea of ‘Bad Bank’, which they haven’t done. The challenge will be to keep the banking system going.

Interest rates are at an all-time low. Will that continue to be so?

What is the way forward for the Indian economy?

The wheels of the economy move on the strength of demand, so if the demand goes up and keeps rising, the economy will rise. But demand will lead to inflation. So, the challenge in front of this government and all the governments has been the issue of creating demand in the economy.

We have to realise that there are two kinds of demand: one is investment goods demand and the other is consumption goods demand. The sequence of these two demands has always been very important. In the (former Prime Minister Atal Bihari) Vajpayee era, what we did was that we started national highway projects, housing projects, rural road projects, telecom… all these are areas that lead to the creation of an investment in good demand. And then the demand for investment and goods goes up; industries start production of those goods and start working with full capacity and create additional capacity. This leads to more employment opportunities in the economy, and once there is more employment opportunity in the industry, you have more demand for consumption goods. This sequence has to be kept in mind. Only focusing on consumption would lead to inflation.