The RBI had last revised its policy rate on May 22, in an off-policy cycle to perk up demand by cutting interest rate to a historic low 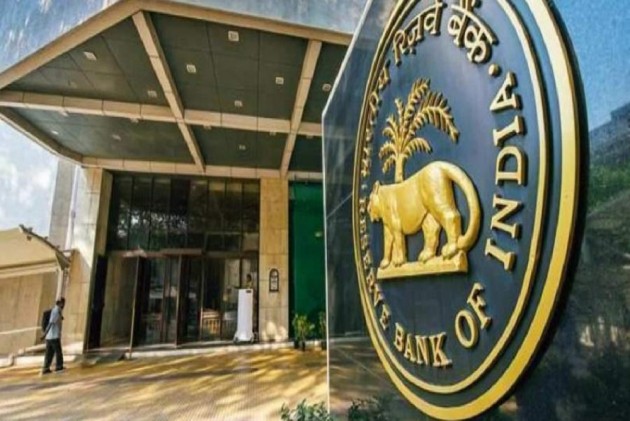 The Reserve Bank is likely to maintain a status quo on benchmark interest rate in its next monetary policy meet outcome to be announced on February 5, four days after the presentation of the Union Budget 2021-22.

Experts are of the view that the RBI will refrain from tinkering with the interest rates and keep the monetary stance accommodative at the policy review though it will take guidance from the budget to be unveiled by Finance Minister Nirmala Sitharaman in the Lok Sabha on February 1.

"We expect the MPC (Monetary Policy Committee) to continue the pause. The fall in inflation rate was mainly due to fall in food prices. The core inflation rate has not come down. Excess liquidity needs to be watched. The vaccine availability is not going to impact macroeconomy immediately," opined M Govinda Rao, Chief Economic Advisor, Brickwork Ratings.

The six-member MPC headed by RBI Governor is scheduled to meet for three days starting February 3. The resolution meeting would be announced on February 5.

The current repo rate or the rate at which the RBI lends to banks is 4 per cent.

The RBI had last revised its policy rate on May 22, in an off-policy cycle to perk up demand by cutting interest rate to a historic low. The central bank has cut policy rates by 115 basis points since February last.

On expectations from the MPC, Aditi Nayar, Principal Economist, ICRA Limited, said that even though the CPI inflation dipped in December 2020, the trajectory remains unpalatable.

"We expect an extended pause for the repo rate, with the stance to be changed to neutral in the August 2021 policy review or later, once there is clarity on the durability of the economic recovery," she said.

Sunil Kumar Sinha, Principal Economist and Director Public Finance, India Ratings and Research, too does not expect any change in the policy rate.

"Growth needs to be supported through the monetary policy and that is the reason the accommodative stance of RBI will continue," he said, and added there will be a status quo in the policy rate because the December number has shown that the CPI has somewhat moderated.

According to Sinha, the room available for a further policy rate cut is very limited and the RBI would not like to use it when the economy is already reviving.

Mayur Modi, Co-Founder, Moneyboxx Finance, too was of the view that the central bank would continue its accommodative stance on monetary policy given that the economy is still not out of woods and requires constant support both from monetary and fiscal policy.

"Whilst the cost of borrowings both for the government and corporate India has come down, the risk premium continues to be high for borrowings for NBFCs who support the MSME and micro business loan segment, hindering the credit transmission to this important segment, which is the backbone in reviving the rural demand," he said.

The RBI should take key targeted measures to make liquidity available to all NBFCs, especially small and unrated ones who operate in this segment, he added.

Ramesh Nair, the former CEO of JLL India, said the real estate sector has been one of the most impacted sectors after the pandemic and multiple lockdowns.

The RBI will have to cut policy rates which will help reduce home loan rates as well as wholesale lending rates which will revive growth in the pandemic-ravaged real estate economy, he opined.

"Also the cut in these rates have to be complemented with transmission of these cuts to end users and developers, increase in quantum of credit and increase in tenure," he said.

The RBI has been asked by the government to keep the retail inflation at 4 per cent (+,- 2 per cent).

When asked what the MPC may do during its next meeting, Aarti Khanna, founder and CEO, AskCred.com, said: "The Covid-19 pandemic is more or less behind us now hence the monetary policy must focus on reviving the economy...Look forward to some constructive actions on the SME and MSME sector as a lot more needs to be done to this segment which stands as the backbone in reviving the economy."

India's economy is likely to rebound with a 11 per cent growth in the next financial year as it makes a "V-shaped" recovery after witnessing a pandemic-led carnage, as per the Pre-Budget Economic Survey tabled in Parliament. The Gross Domestic Product (GDP) is projected to contract by a record 7.7 per cent in the current fiscal ending March 31, 2021.

Meanwhile, V Swaminathan, CEO Andromeda & Apnapaisa, said the target rate of inflation is expected to be revised to 5 per cent from 4 per cent.

"This will give the RBI more leeway to cut rates and fund an expansion in borrowing by keeping interest rates low," said Swaminathan.

Under the current dispensation, the RBI has been mandated by the government to maintain retail inflation at 4 per cent with a margin of 2 per cent on either side. The inflation target has to be reviewed by end-March 2021.