The Future Sentiment Index dropped to an all-time low of 49 in Q3 2019 calendar year. 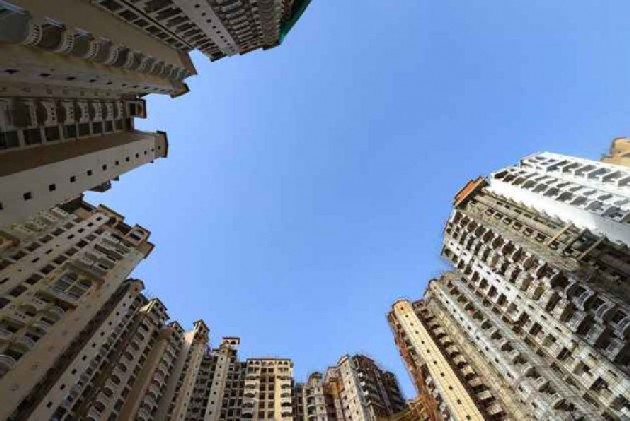 The real estate market sentiment index has declined to the level seen during demonetisation and is expected to remain pessimistic for next six months, despite several measures taken by the government and RBI to boost demand in the sector, a survey said on Thursday.

According to the latest survey by industry bodies FICCI and NAREDCO, and property consultant Knight Frank, the Current Sentiment Index of real estate stakeholders in India has plummeted to 42 in the July-September quarter from 47 and 62 in the preceding two quarters.

This index has touched a "level previously seen during the heightened uncertainty period of pre-election in the first quarter of 2014 and the demonetisation period (41) in the last quarter of 2016", the Real Estate Sentiment Index Q3 2019 report said.

Further, the Future Sentiment Index dropped to an all-time low of 49 in Q3 2019 calendar year. "The score is a clear indication that the sector is under pressure," the report said.

A score of over 50 signifies optimism in sentiments, a score of 50 means the sentiment is same or neutral, while a score of below 50 shows pessimism.

“The real estate stakeholders’ sentiment has gone in the pessimistic zone for the current quarter owing to poor demand-side performance, despite plethora of measures by the government," said Shishir Baijal, Chairman and Managing Director of Knight Frank India.

However, he said that it is the first time stakeholders are wary about the future six months for the real estate sector and the overall economy.

While measures have been announced by the finance minister attempting to sort out the supply-side challenges, these steps are mostly focused on affordable housing segment, leaving out the vast majority of non-affordable segment from the announced benefits, he added.

"These measures have not helped infuse confidence in the stakeholders, as the real challenge lies in the demand-side story, where end users are unwilling to make home purchases owing to lack of financial confidence. The supply-side sops will not be enough till the time demand is revived by putting money in the hands of the consumer," Baijal said.

The report, however, said that sentiment toward the commercial real estate sector have remained steady, with the outlook for the new office supply remaining strong for the coming six months.

The sentiment index is based on a quarterly survey of key supply-side stakeholders, which include developers, private equity funds, banks and non-banking financial companies (NBFCs) and consultants, and aims to gauge market sentiments on questions pertaining to the economy, project launches, sales volume, leasing volume, price appreciation and funding.

The 22nd edition of the FICCI–NAREDCO–Knight Frank Real Estate Sentiment Index survey was conducted between July-September 2019 (Q3 2019) and represents the views of over 200 industry stakeholders on the set parameters.