In a press statement, Telecom operator Jio said they look forward to working with the Government to "collectively make every sector of the economy productive and enhance the Ease of Living for every Indian." 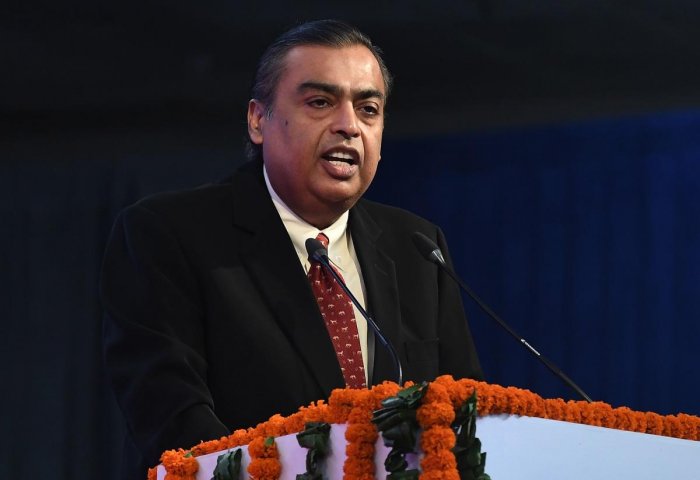 Reliance Industries Chairman Mukesh D Ambani welcomed the latest set of reforms and relief measures for the telecom sector announced by the Union Cabinet on Wednesday. He said the measures would help achieve goals set out in the Digital India mission.

"The telecom sector is one of the prime movers of the economy and the key enabler for making India a Digital Society, I welcome the Government of India's announcement of reforms and relief measures that will enable the industry to achieve the goals of Digital India. I thank Prime Minister (Narendra Modi) for this bold initiative," Ambani said in a press statement.

Earlier in the day, the government announced a string of measures including a four-year moratorium on payment of statutory dues by telecom companies (telcos). The Cabinet also gave a greenlight to 100 per cent foreign direct investment (FDI) in the telecom sector through the automatic route. Union Minister Ashwini Vaishnav said that the Cabinet has also decided to rationalise aggregated gross revenue (AGR) definition, excluding non-telecom revenue of telcos from payment of statutory levies.

As part of the relief package, the telecos could opt to convert the interest due on their spectrum amounting to four-year moratorium, to government equity. The package comes as a relief to the struggling telecom sector that is going through a financial crunch.

The move is meant to bring relief to companies like Vodafone Idea, which owe large sums to the government. In October 2019, the Supreme Court had asked telecom operators pay Rs 1,19,292 crore worth of AGR dues to the telecom ministry. Bharti Airtel’s dues are estimated to be Rs 43,980 crore, while Vodafone Idea’s were Rs 58,254 crore.

These measures are expected to ease the cash flow issues being faced by some players in the industry.