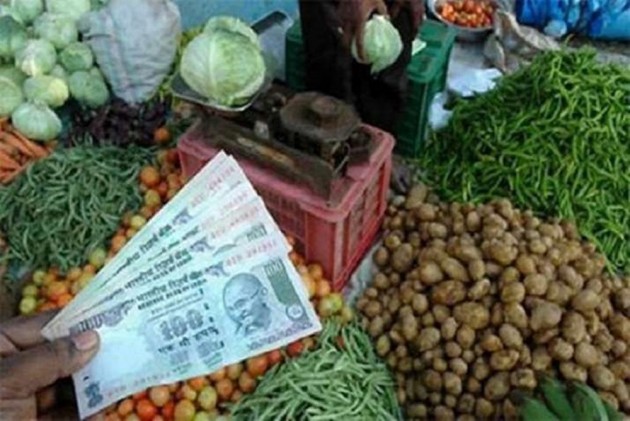 Retail inflation eased to 5.59 per cent in July mainly due to softening food prices, according to official data released on Thursday.

According to the data released by the National Statistical Office (NSO), inflation in the food basket slowed down to 3.96 per cent in July from 5.15 per cent in the previous month.

The Reserve Bank of India, which has been mandated by the government to keep the retail inflation at 4 per cent with 2 per cent margin on either side, mainly factors in the CPI-based inflation while deciding its bi-monthly monetary policy.