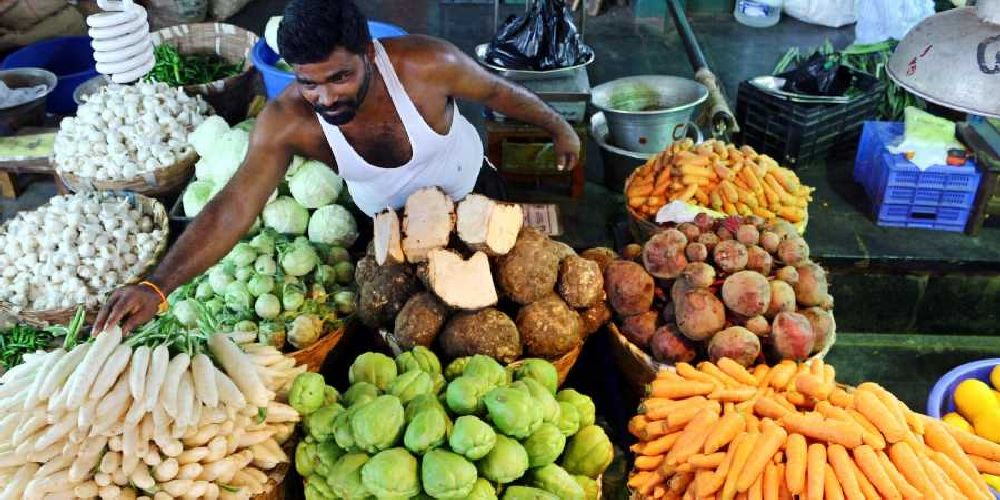 Rising food prices pushed the retail inflation in November to over three-year high of 5.54 per cent, while the industrial sector output shrank for the third month in a row by 3.8 per cent in October, indicating a deepening slowdown in the economy, government data showed on Thursday.

The retail inflation in November breached the Reserve Bank's medium-term target of 4 per cent, justifying the central bank's decision to keep the benchmark interest rate unchanged in its monetary policy earlier this month.

According to the data released by the National Statistical Office (NSO), costlier vegetables, pulses and protein-rich items pushed the consumer price index (CPI) based retail inflation to a 40-month high in November.

Also Read: RBI Sharply Revises GDP Growth, But Govt Seems To Be In Denial On Slowdown

However, the year-on-year decline in the area sown under rabi pulses and oilseeds poses a concern, given the high inflation being recorded by some of these items.

"ICRA expects the CPI inflation to spike further to 5.8-6 per cent in December 2019, close to the upper threshold of the MPC's medium-term target, driven by the recent revision in telecom tariffs. As a result, we expect the MPC (monetary policy committee of RBI) to remain on hold in its February 2020 policy review," she said.

Prices of pulses and related products jumped 13.94 per cent during the month. In the fuel and light category, prices dropped 1.93 per cent.

On the other hand, the falling output of manufacturing, mining and electricity sectors pulled down the Index of Industrial Production (IIP) in October, as per the official data.

According to the National Statistical Office (NSO) data, the factory output declined by 4.3 per cent in September and 1.4 per cent in August this year, while it grew at 4.9 per cent in July.

Factory output, measured in terms of Index of Industrial Production (IIP), had expanded by 8.4 per cent in October 2018.

Notably, the Indian economy grew at the slowest pace in over six years at 4.5 per cent during the second quarter of the current fiscal. The GDP growth remained at 5 per cent in the first quarter ended June.

During April to October, the IIP growth remained almost flat at 0.5 per cent compared to 5.7 per cent in the same period previous fiscal, showed the NSO data.

Mining output too fell 8 per cent in the month under review as against 7.3 per cent in the corresponding period last fiscal. Capital goods production, which is a barometer of investment, declined by 21.9 per cent in October compared to 16.9 per cent rise in the year-ago month.

In terms of industries, 18 out of 23 industry groups in the manufacturing sector have shown negative growth during October 2019 as compared to the same month last year.

The industry group 'manufacture of computer, electronic and optical products’ has shown the highest negative growth of (-) 31.3 per cent followed by (-) 27.9 per cent in 'Manufacture of motor vehicles, trailers and semi-trailers'.

"India's November inflation has surged to 40-month high of 5.54 per cent, that is a 130 bps higher that RBI's medium-term target of 4 per cent. This is mainly due to substantial increase in food prices. While Oct IIP print still remains in contraction at -3.8 per cent.

"At this month's policy, RBI refrained from cutting rates due to uptick in CPI despite slow growth. If inflation continues to rise further than RBI may continue to maintain a pause at the February policy," Rahul Gupta, Head of Research - Currency, Emkay Global Financial Services.