Not just domestic sales but handicrafts exports are also looking up this year as the government, traders and artisans are reaching out to consumers through all available avenues. 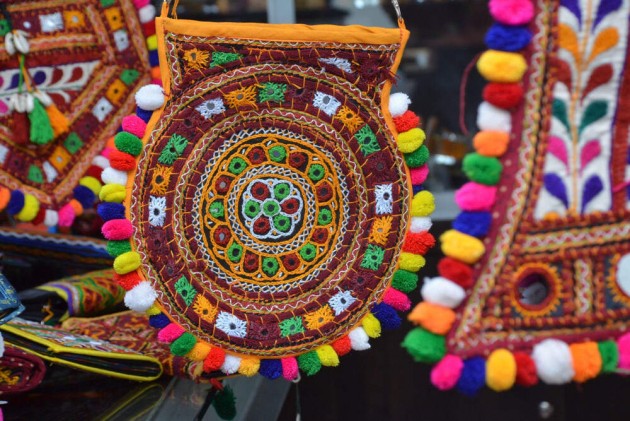 The handicraft sector, which was severely hit due to the pandemic and lockdown period, is finally looking up with both domestic and overseas sales picking up, raising hopes of exports reaching pre-Covid levels this year. The changeover has happened due to many factors including a push by the government, traders, consumers and not the least by many artisans who have moved to the e-marketing portals.

“Due to COVID, there was a lot of stock available with the artisans all over India. So, the clearance of stocks was a real challenge for all of us.  Around four months back when things started improving, artisans themselves ventured out and started selling their products,” says Shantmanu, Development Commissioner Handicrafts.

As no international marketing events were being held due to travel restrictions, from August the office of the Development Commissioner Handicrafts, under the ministry of textiles, started organizing domestic marketing events.  Every year, the central government helps to organize around 200 marketing events throughout the country including special handicraft fairs in state capitals and other special events like the Suraj Kund mela in the NCR region.

“Due to Covid we could hardly organize a few small events in the first five months of this financial year, but in the last two months itself, more than 50 marketing events have been organized. We plan to hold more and bigger events in the next five months,” Shantmanu told Outlook on phone from Barmer district where small fairs have been organized at several places in the run up to Diwali.

Besides the government efforts, catching on the e-marketing trend some of the artisans have either started selling through different portals or through their own portals.

Over the last one year there has been a perceptible shift in the mood of the people with many opting to buy more Indian products for festivals, says Praveen Khandelwal, National Secretary General of the Confederation of All India Traders (CAIT).

“This is evident from the fact that there are more takers for Indian products, specially earthenware, diyas, rakhis, decoration items, etc,” says Khandelwal, stressing that most of the Chinese made festivities products seen in the market currently are mostly leftover stock from 2019-20, as last year saw very poor sales. Khandelwal stresses that the change is good as in the last few years Chinese products accounted for around Rs 50,000 crore out of Rs. 70,000 crore festive goods demand from Rakhi to Diwali.

Just as artisans are striving to clear stocks, traders too are trying to sell old stocks. To help artisans, Khandelwal states that traders across the country have held around 150 fairs in 80 cities and towns for small groups of artisans over the last few months. More such events are being planned by the government and the traders to promote indigenously produced handicrafts.

On the export front,  after a bad year, trends show that despite the disruption in manufacturing and trade during April and May during the second wave of Covid and freight hurdles in September and October, the first six months of export of this year is almost the same as in 2019-20.

“Indian handicraft exports, excluding carpets, which is a major segment in itself, is Rs. 25,000 crores annually.  In the first six months of this fiscal year, handicrafts exports were nearly Rs. 13,000 crores which means we may well exceed the achievement in 2019-20,” says Shantumanu.

The official’s optimism stems from the overseas buyers’ response at the Handicrafts and Gifts Show held recently at the expo centre in Greater Noida. One of the biggest B2B shows of the world,  the Handicrafts and Gifts Show, held after two years, had over 1000 buyers from abroad. The show which ended on October 31, had nearly 1500 our Indian exporters participants showcasing their products.   As many of the exporters and artisan groups still have considerable stock in hand,  Shantmanu states that plans are underway to double the fairs in the next five months and give more artisans a chance to display their products at special venues like Delhi Haat and other dedicated handicraft centres.