According to exchange data, foreign institutional investors were net sellers in the capital market on Friday, offloading shares worth Rs 1,124.65 crore. 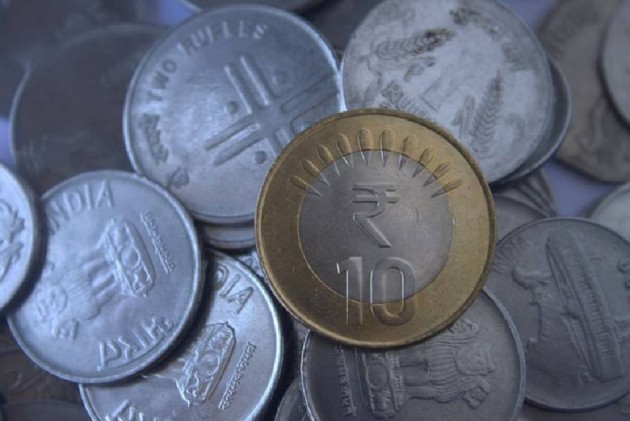 The rupee pared some of its initial gains to settle 6 paise higher at 74.58 against the US dollar on Monday, tracking gains in most regional currencies and possible inflows related to an upcoming IPO.

On Friday, the rupee had settled at 74.64 against the US dollar.

Rupee Gains 21 Paise To 74.43 Against US Dollar In Early Trade

Rupee Rises 4 Paise To 74.67 Against US Dollar In Early Trade

Rupee Drops By 9 Paise To Close At 74.71 Against US Dollar

"Indian rupee remained under pressure as traders remained vigilant ahead of macroeconomic data. India CPI data is likely to show that inflation accelerated in June 2021 compared to the preceding month and remained above the RBI's target range of 2-6 percent for the second consecutive month," said Saif Mukadam, Research Analyst, Sharekhan by BNP Paribas.

Further, market participants fear that a surge in COVID-19 cases in many parts of the world may hurt the global economic recovery, he added.

Meanwhile, the dollar index, which gauges the greenback's strength against a basket of six currencies, rose 0.16 percent to 92.28.

Foreign institutional investors were net sellers in the capital market on Friday as they offloaded shares worth Rs 1,124.65 crore, as per exchange data.

"The Indian Rupee appreciated for the second straight session on Monday against the dollar, tracking gains in most regional currencies and possible inflows related to an upcoming IPO," said Sriram Iyer, Senior Research Analyst, Reliance Securities.

In the last two trading sessions, the rupee has gained 13 paise against the US dollar.

Meanwhile, investors will look for cues from CPI and IIP data scheduled to be released after market hours. Moreover, US CPI and Federal Reserve Chairman Jerome Powell's testimony is also scheduled for this week.

According to Jateen Trivedi, Senior Research Analyst at LKP Securities, "Rupee traded weak around 74.55 on back of dollar index strength, with overall resistance placed at 74.30-74.45 zones."

Crude prices traded soft which helped the rupee restrict losses beyond 74.60. Going ahead the rupee can be seen between 74.45-74.80 range on the back of dollar strength, Trivedi noted.