Rupee Settles 4 Paise Higher At 74.24 Against Dollar On Thursday 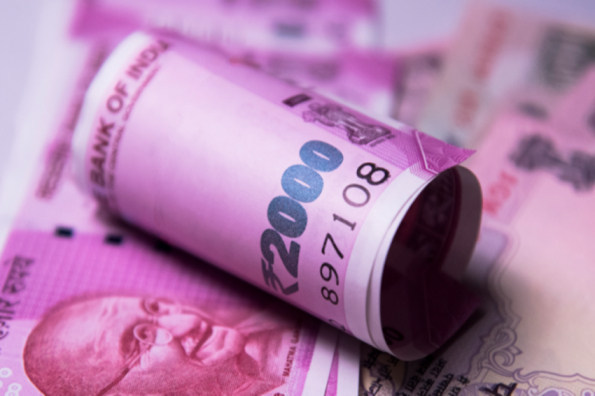 The rupee erased its initial gains to settle 4 paise higher at 74.24 against the US dollar on Thursday . This was owing to a withdrawal in crude oil prices and a weaker greenback in the overseas market that helped the local unit.

The global oil benchmark, Brent crude futures declined 0.24 per cent to $80.09 per barrel.

The dollar index, which gauges the greenback's strength against a basket of six currencies, was trading lower by 0.08 per cent at 95.75.

Axis Bank was the top loser in the Sensex pack, shedding around 2 per cent. Reliance Industries declined by 1.91 per cent, Kotak Bank by 1.51 per cent, Bharti Airtel by 1.39 per cent and Titan by 1.2 per cent.

Foreign institutional investors were net sellers in the capital market on Wednesday as they offloaded shares worth Rs 344.35 crore, as per exchange data.