Rupee Slumps 20 Paise To 74.75 Against US Dollar In Early Trade

On the domestic equity market front, BSE Sensex was trading at 14.5 points while the broader NSE Nifty advanced 3.30 points 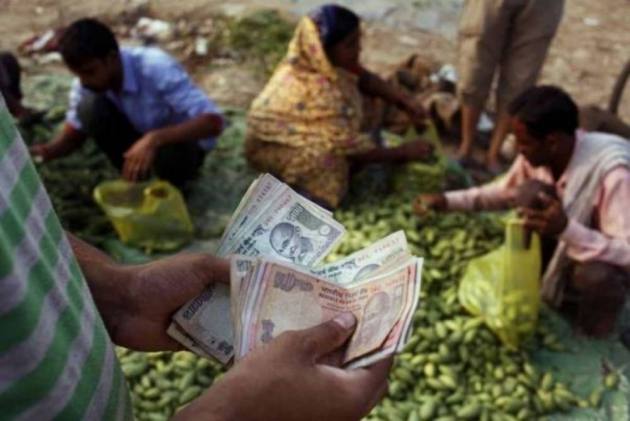 The Indian Rupee depreciated 20 paise to 74.75 against the US dollar in opening trade on Friday as firm American currency and rising crude oil prices weighed on investor sentiment.

At the interbank foreign exchange, the rupee opened at 74.71 against the dollar, then fell further to 74.75, registering a fall of 20 paise over its previous close.

On Thursday, the rupee had settled at 74.55 against the US dollar.

Rupee Falls 6 Paise To 74.26 Against US Dollar In Early Trade

Rupee Falls 34 Paise To 74.20 Against US Dollar In Early Trade

Rupee Falls 9 Paise To 73.18 Against US Dollar In Early Trade

The Indian rupee started on a weaker note this Friday against the greenback tracking the strength of the greenback and strong crude oil prices, Reliance Securities said in a research note.

Moreover, Asian currencies have started weaker against the greenback this Friday morning and could also weigh on the local unit, the note said.

Meanwhile, the dollar index, which gauges the greenback's strength against a basket of six currencies, was down 0.04 per cent at 92.56.

Foreign institutional investors were net sellers in the capital market on Thursday as they offloaded shares worth Rs 1,245.29 crore, as per exchange data.