Rupee Gains 10 Paise To Finish At 73.15 Against US Dollar

The domestic unit opened at 73.16 against the US dollar and inched higher to 73.12 against the greenback 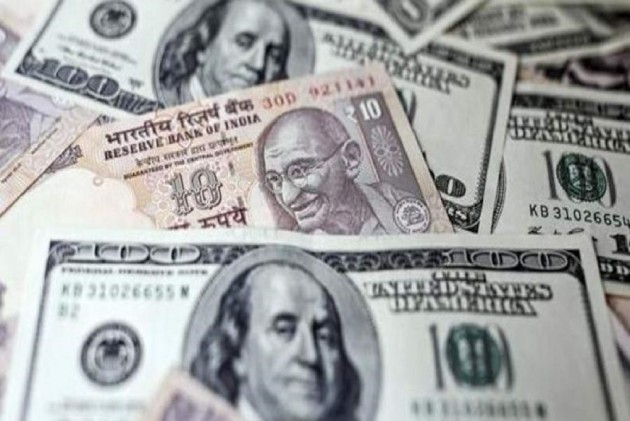 The rupee gained for the second straight day and closed 10 paise higher at 73.15 (provisional) against the US dollar on Wednesday, supported by sustained foreign fund inflows and weak American currency.

On Tuesday, the rupee had settled at 73.25 against the American currency.

Meanwhile, the dollar index, which gauges the greenback's strength against a basket of six currencies, rose 0.07 per cent to 90.15.

According to Saif Mukadam, Research Analyst, Sharekhan by BNP Paribas, the Indian rupee traded with a positive bias on weakness in dollar and steady FII inflows.

"However, sharp gains were capped on surge in crude oil prices and worries over rising coronavirus cases across globe and tightened Covid-19 restrictions to curb the outbreak. Rupee may trade in the range of 72.85 to 73.60 in next couple of sessions," Mukadam noted.

Foreign institutional investors were net buyers in the capital market as they purchased shares worth Rs 571.47 crore on a net basis on Tuesday, according to provisional exchange data.

On the domestic macroeconomic front, declining vegetable prices brought down the retail inflation to a 15-month low of 4.59 per cent in December and within the comfort zone of the Reserve Bank.

Industrial production contracted by 1.9 per cent in November, entering the negative territory after a two-month gap, mainly due to poor showing by manufacturing and mining sectors, official data showed on Tuesday.