Samsung has announced the launch of TV models for 2022 that will allow NFT trading on the set. The NFT support features an intuitive, integrated platform for discovering, purchasing and trading digital artwork. 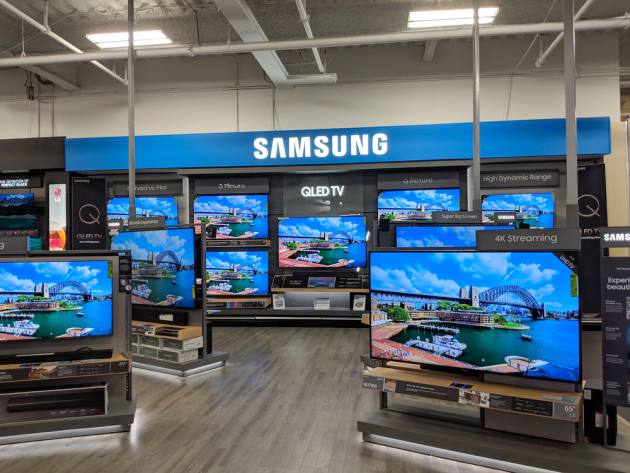 South Korea-based Television maker company Samsung on Monday announced that their upcoming TV sets will support  NFT trading, beginning with its 2022 TV lineup, IANS News Agency reported. NFTs are a type of digital asset that use blockchain to document the ownership of items such as images, videos and other collectibles.

As blockchain-based non-fungible tokens (NFTs) gain popularity around the world, various companies are coming up with new ideas. NFT market has a total market cap of $22,349,691.12 as of January 3, 2022, and sales volume crossed $140,784.48, data of coinmarketcap.com showed.

"With demand for NFTs on the rise, the need for a solution to today's fragmented viewing and purchasing landscape has never been greater," IANS quoted Samsung statement.

"In 2022, Samsung is introducing the world's first TV screen-based NFT explorer and marketplace aggregator, a ground-breaking platform that lets you browse, purchase, and display your favourite art -- all in one place," IANS quoted the statement.

The NFT platform will let creators share their art with the world and let potential buyers "preview an NFT before purchasing it and learn about an NFT's history and Blockchain metadata".

IANS further noted that detailed information about the NFT platform will be soon released in the coming months by the company.

In addition, recently launched NFT platform for exclusive Bollywood content, BollyCoin has announced that their first collection of NFTs from the Dabangg film franchise is now live, PTI reported.

Last year in 2021, the NFT market generated over $23 billion in trading volume, according to crypto-data analysis platform DappRadar.com.

In the NFT world, Taiwanese artist Shaogao sold a 'Wise Samurai' Non-Fungible Token (NFT) illustrates a cartoon samurai with a red Oni mask (a demon in Japanese folklore) on his shoulder for over $7,408, on December 31, Taiwan news quoted Apple Daily.

In India, at least half a dozen crypto platforms are foraying into the NFT space, thinking that it would not be outlawed as NFTs hold an underlying asset that is traded in digital form, according to Economic Times.