SBI Results Pulls Up Markets From Depths Of Telecom Despair

Six-fold jump in SBI's Q2 profits changed the mood of the markets. 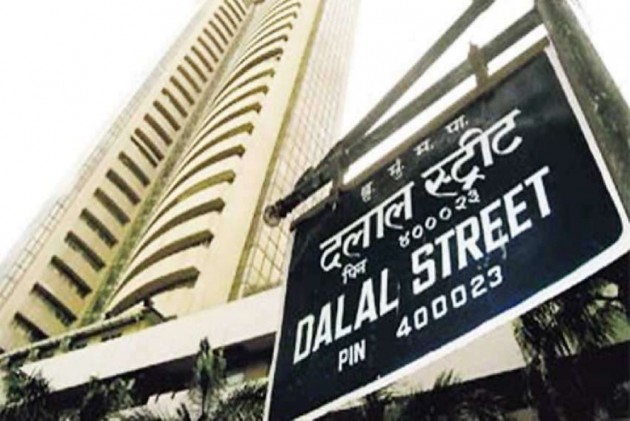 Friday’s trade started with lacklustre volumes on Dalal Street, even as the markets were reeling from uncertainty about what would happen to telecom companies after the Supreme Court verdict requiring them to pay up over Rs 92,000 crore in back dues. Most of the banking stocks were also under pressure because many had exposure to the telecom sector.

But the mood on the markets changed suddenly. Bank Nifty, which was trading at 28,923, moved up to 29,452, a gain of more than 500 points before closing at 29,395 a gain of almost 1 per cent. The broader market indices, though, remained flat as some of the industrial and metal stocks kept them under pressure. NSE’s Nifty closed at 11,583.90 a gain of just 1.3 points or 0.01 per cent. The broad-based BSE’s Sensex closed at 39,058.06 with a marginal gain of 37.67 points or 0.10 per cent. The mid-cap segment remained under pressure and the market breadth was negative.

What brought the change in mood on the Street was the quarterly result from the State Bank of India, India’s largest lender. The numbers showed an improvement on all accounts: while the gross and net non-performing assets were down quarter-on-quarter, what the Street particularly liked was the fact that fresh slippages were far lower than last quarter and the deposit growth extremely high. The provisional coverage ratio had also improved.

The first indication that PSU banks might delivery better than expected results had come two days ago when a mid-sized PSU bank showed marginal improvement in most figures.

If the largest PSU bank shows better performance, other PSU banks may follow suit. After SBI results, the stocks of many PSU banks -- which were quoting marginally in the red -- moved into green territory.

The talk on the Street was that if the results for one quarter were better than most estimates – even after the Reserve Bank of India’s acknowledgement that there was a slowdown – the PSU banks would be able to perform better when the economy picks up. These banks had been under-performing compared to the broader market and had been a pain-point for investors.

The recovery may happen in two phases: one, when there are enough indications that the worst is over for the wholesale segment of bank lending, which has probably started to happen. Secondly, a pickup in credit growth would happen, which is likely to take two or more quarters. In such a scenario, a better mood would spill over to other sectors, sooner than later.

(The author is an analyst at Market Wizards Securities Pvt Ltd)