Sebi Bans Kishore Biyani, Others From Securities Market For One Year

In addition, the regulator has imposed a fine of Rs 1 crore each on Kishore Biyani, Anil Biyani and Future Corporate Resources. 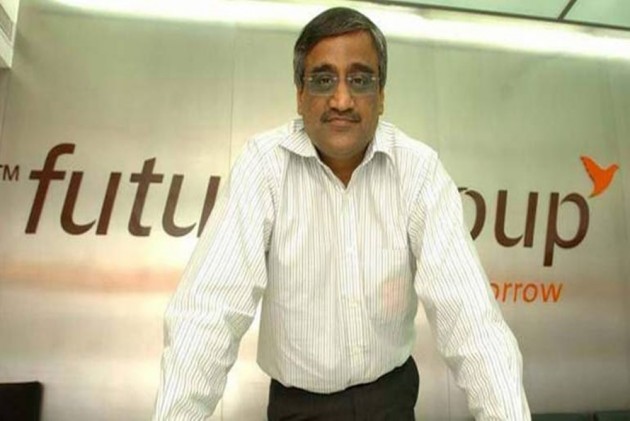 Sebi on Wednesday barred Kishore Biyani and certain other promoters of Future Retail Ltd from the securities market for one year for indulging in insider trading in the shares of the company.

In addition, the regulator has imposed a fine of Rs 1 crore each on Kishore Biyani, Anil Biyani and Future Corporate Resources. Besides, they have been asked to disgorge Rs 17.78 crore for the wrongful gains made by them.

Further, Future Corporate Resources and FCRL Employee Welfare Trust have been directed to disgorge Rs 2.75 crore for the wrongful gains made by it.

Sebi had conducted an investigation in the scrip of FRL to ascertain whether certain persons and entities had traded during the March 10, 2017 to April 20, 2017 period on the basis of Unpublished Price Sensitive Information (UPSI) pertaining to segregation of certain business of the firm.

Trading on the basis of UPSI violates provisions of PIT (Prohibition of Insider Trading) norms.

FRL made a corporate announcement to the stock exchanges on April 20, 2017 regarding outcome of its board meeting, wherein its board approved segregation of certain business of FRL through a composite scheme of arrangement between FRL, Bluerock eServices Pvt Ltd (BSPL) and Praxis Home Retail Pvt Ltd (PHRPL) and their respective shareholders.

The scheme of arrangement has, in fact, resulted in the demerger of certain business of FRL.

In its 77-page order, Sebi said, "noticee no 2 and 3 (Kishore Biyani and Anil Biyani) opened the trading account of noticee no 1 (Future Corporate Resources) just prior to the impugned trades which were in violation of the provisions of PIT Regulations, 2015".

In addition, FCRL Employee Welfare Trust purchased FRL shares during the UPSI period and made notional unlawful gains to the tune of Rs 2.75 crore. In this case, Rajesh Pathak and Rajkumar Pande were the persons who took the decision of trading by the company, as per the order.

Sebi imposed a penalty of Rs 25 lakh each on Pathak and Pande who were employees of Future Corporate Resources. Besides, they have been prohibited from the securities market for one year.

Further, two other individuals have also been penalised in the case.

The regulator has restrained Biyanis, Future Corporate Resources and the two employees from trading in FRL shares for two years.

By indulging in such activities, they violated the provision of insider trading norms, the Securities and Exchange Board of India (Sebi) noted.