Patel said India was a key focus area for IBM. All of the company’s research and development (R&D) labs for global missions are based out of India. 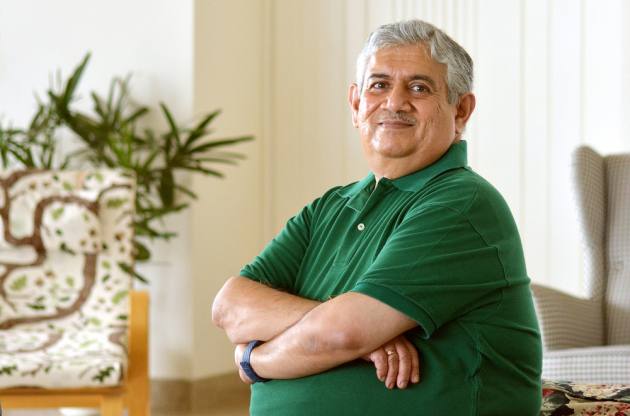 Some amount of permissioned cross-border data sharing would have to be accommodated if any country truly wants to serve the global economy, Sandip Patel, MD IBM India, told Outlook Business in an exclusive interview.

“We are very supportive of the Make in India policy and fundamentally believe that companies like ours are probably more Indian than anyone else. We have always lived with the premise of Make in India, for India, and for the world,” Patel said.

He said that the government of India was taking significant steps in developing an AI ecosystem. Patel said the government’s efforts in developing this kind of an ecosystem in infrastructure, to expertise, to skilling, was commendable. India joining the league of leading economies like the US, EU, Australia, and several others in AI was an encouraging trend, Patel said.

“In hybrid cloud, the government’s focused approach on greater adoption of cloud services, the cloud vision for India 2022 encourages us not only to invest in private enterprise but also in public sector cloud. In the future, we see the opportunity to have more pro-cloud initiatives and policies which are tomorrow-ready,” Patel said.

Patel said India was a key focus area for IBM. All of the company’s research and development (R&D) labs for global missions are based out of India. “We continue to be the leader in innovation with over 9,000 US patents in 2020. India was the second-highest contributor to that number with over 11 per cent of the patents granted to inventors from India,” he said.

Three technologies from the IBM stable were critical contributions by the company to India’s growth. The recently-announced IBM Environmental Intelligence Suite leverages artificial intelligence (AI) to help organisations prepare for and respond to weather and climate risks that could disrupt business, to help them more easily assess what is their impact on the planet and reduce the complexity of regulatory compliance.

“This is where IBM research, specifically out of India, played a role in building the new carbon performance engine and climate awareness applications,” Patel said.

The second, quantum technology, would be the way of the future, Patel believes. The company was committed to growing a quantum-ready workforce and believes that India can operate as the company’s quantum talent pool. IBM, he said, was possibly the only company in the quantum space that was actually enabling people to use the company’s quantum computers remotely while most of the others offer simulations.

“The third area and we have been pioneers in this – is building trust with open-source blockchain. It is well-established that blockchain increases trust, security, and transparency. It is great for traceability of data. As we see these digital ecosystems forming, blockchain can really transform businesses by revolutionising supply chain, food distribution and financial services,” Patel said.

Patel said that the industry as a whole, across boards, was dealing with a fight for talent. “It is not just skilling and having that talent for only for us as service providers, but also ensuring that companies themselves are moving towards a tomorrow-ready tech workforce. Plus, it is also about ensuring that the tech skills have to be coupled with soft skills,” Patel said.

On cyber security he said that it was both a challenge as well as an opportunity. The whole issue around cyber risk was not limited to an IT risk anymore and has now become a boardroom conversation.

“We have this very solid cyber security portfolio which we are now using for our clients as well. It is what we use for protection purposes because we have billions of transactions that go through our systems,” Patel said.