Beneath the glossy sheen of an up and coming economy - the dreams and aspirations of many an Indian have been diminished over the decade. Several, just forced to barely survive. 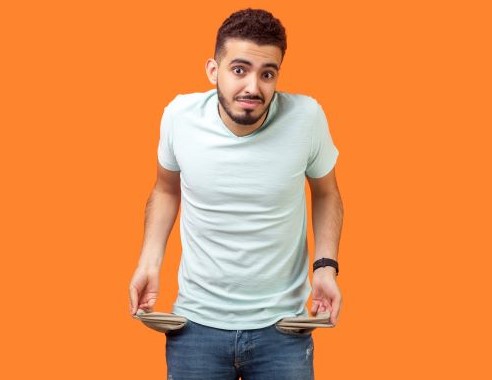 In a four-part series, we talk about how India underperformed as an emerging market over the last decade. While it was pitched as the market of the world to global investors, there are no buyers for global products in India as people’s income levels have not increased in the last 10 years, and they have been forced to dip into savings to survive the rising inflation in the economy. Will India's story be any different over the next 10 years?

Here is the story of 32-year-old Dhritiman:

Dhritiman worked in the back office of an Indian automaker’s showroom in Kolkata. He was responsible for drawing up the insurance policy every time a car was sold. The showroom was a 10-minute walk from his house and the work hours meant, he could also pursue his passion in theatre. Within a year at the showroom, he got called up to the company’s largest showroom in the city. Though an hour away from his house, he accepted the offer since his salary was being doubled.

India Will Grow To Be Among Top 3 Economies In 2 Decades: Mukesh Ambani

In the Kolkata of 2010s, Rs 10,000 was decent money. Those were heady times for the economy – India’s GDP had expanded a robust 8.5 per cent in 2010 – and Dhritiman like most Indians were optimistic. “When I joined the job market in 2009-10, there was such excitement about India all around. People said it was a boom period. But look at us now,” exclaims Dhritiman.

Though the next few years saw Dhritiman grow into a team leader managing the back-office team, but his annual increments were not keeping pace with the high levels of inflation of 2013-14. He was looking to switch jobs to bump up his salary, but he wasn’t successful.

Dhritiman’s life holds a mirror to India’s growth trajectory. The much talked about slowdown is not a recent phenomenon but set in a decade back. As per data from the World Bank, between 2011 and 2020, India’s per capita GDP at current prices in US dollar terms compounded 3.69 per cent annually — less than half the growth in the preceding decade of 7.69 per cent. Add to this the events that unfolded in 2016 and 2017.

Then came the sudden demonetization in November 2016. And it only got worse seven months later as India adopted a new indirect tax regime. A higher rate of GST meant higher price of cars and the upward movement of fuel prices didn’t help either. The one-hour commute between his home and workplace, without the lure of a double-digit annual raise was now a spot of bother for Dhritiman. By 2018, his situation had turned hopeless, desperate for a change and better prospects; he decided to quit his job.

These were the times of ride-hailing companies. His friend had bought a car, hired a driver, and listed it on the many ride-hailing apps in the city. Business was good, his friend promised. Dhritiman followed suit and by the end of 2019, he was happy with his decision. “I was stagnating,” he says. “I always wanted to do something of my own, so I took the risk, used some of my savings and borrowed from my father and got into the cabs business”.

But he had not bargained for a once-in-a-century event like the pandemic to ravage his life.

With extended lockdowns, his earnings from the car vanished. But he didn’t fire his driver once the nation-wide lockdown began in March 2020. Everyone around assured him that once normal life resumed demand for taxis would be back in no time. But by August last year, the situation didn’t improve. While he got rid of his driver, he still had to pay EMIs on the car that remained parked in the garage (he also had to pay rent to the garage).

A year on, after several attempts to sell the car failed, he contemplated driving around himself. But middleclass values stopped him from taking up the job of a driver. A depressed Dhritiman, hasn’t been keeping well, lately. Doctors have advised psychiatric help, but his father’s pension cannot be used to pay EMIs as well as for expensive medicines and counselling.

A listless Dhritiman mostly sits in his balcony overlooking the garage, lost in his thoughts about his days at the theatre. Even the back-office job at the showroom doesn’t seem so bad anymore.

(This story is part of the October 1 edition of Outlook Business, releasing on outlookbusiness.com)