A plea filed by the government said if the telecom companies face proceedings under the Insolvency and Bankruptcy Code, it will have adverse impacts on competition and service in the telecom sector. 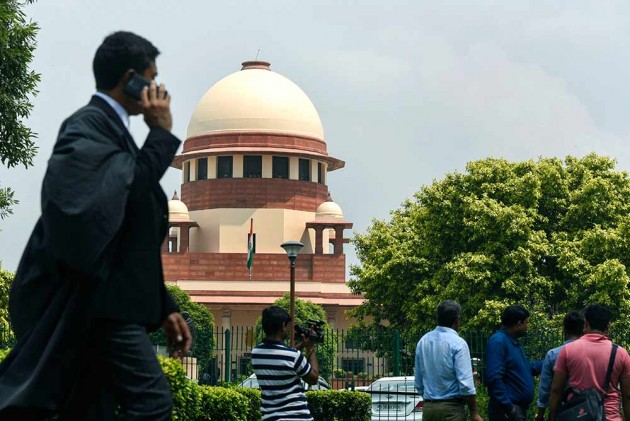 The Supreme Court on Wednesday pulled up the Central government which had filed a petition seeking staggered payment of adjusted gross revenues (AGR) dues by telecom companies.

"Self-assessment of AGR payments is a sheer violation, sheer contempt," observed the apex court and said that it will consider the government's rescue plan on the next date of hearing.

The matter will come up for hearing after two weeks.

The top court also asked Solicitor General Tushar Mehta: "Who has allowed self-assessment and reopening of the issue?"

On Monday, the Department of Telecommunication (DoT) had approached the top court seeking approval for a formula allowing telecom service providers to make annual instalments of unpaid or remaining AGR dues in next 20 years or more.

The plea said if the telecom companies face proceedings under the Insolvency and Bankruptcy Code, it will have adverse impacts on competition and service in the telecom sector.

Mehta had moved the fresh application with the approval of formula for telecoms before the top court in the AGR case and Desk Officer Mandar Deshpande filed an affidavit tendering unconditional apology.

In February, a bench headed by Justice Arun Mishra had initiated contempt proceedings against Deshpande who had passed a notification stating no coercive action should be taken against the telecom companies for not sticking to the apex court's stipulated January 23 payment deadline.