Several economists emphasise that the current food inflation is a 'one-off situation due to monsoon disturbances' and not due to 'structural issues'. 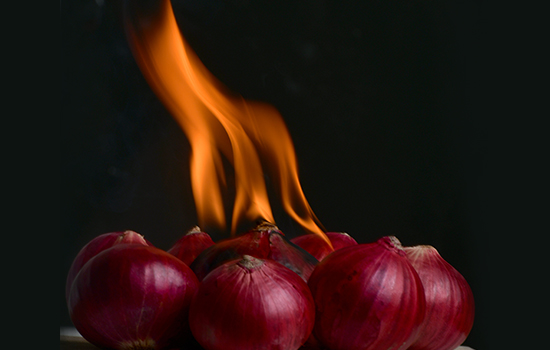 In Bangalore, onion prices scaled to Rs 200 per kg and, in some Delhi markets, they ruled between Rs 120 and Rs 150 a kg. Garlic was over Rs 280 per kg in some markets. No wonder thefts of onion and garlic were reported from Bihar, Uttar Pradesh, and Haryana, among others.

On December 5, a small pick-up truck with 64 garlic bags worth Rs 200,000 was hijacked from Bihar’s Kaimur district on the GT Road in the night. A day earlier, a Panipat retailer complained that 80 bags of garlic were stolen. In October, a vendor in Lucknow was robbed of onion, garlic and tomatoes.

Such incidents rose since September when the prices of these vegetables zoomed. Tomato prices calmed down to affordable levels, but onion and garlic continued their upward curves and angered the common man across the country. 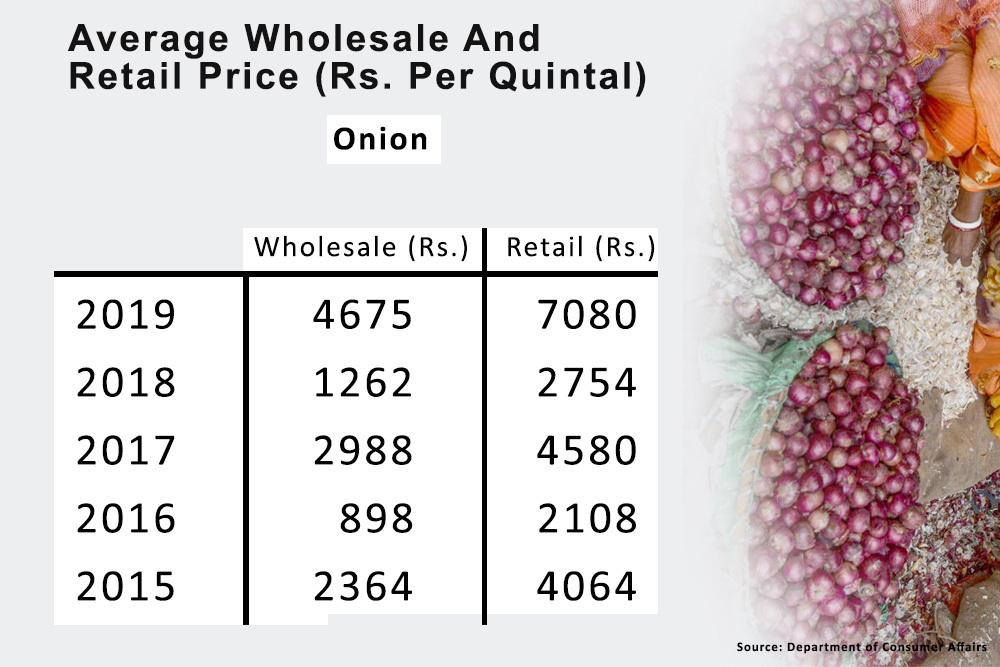 Agriculture economist Dr Abhijit Sen attributes the high prices of several food crops to the poor kharif season this year. “The first advance estimate, based on area aerial survey alone, suggests that for most food crops the output will either be the same or less than last year,” he explains. The second advance estimates (still awaited) will take into account the yields, and may be lower than the initial one. “So, probably on the outside there is a problem,” concludes Sen.

He adds that crops like onion, which are localised, were impacted by local weather problems. Thus, the output in some items may be affected more than the others. This led to supply problems, which can only be overcome with time. “On the demand side, I don't see much problem as there is no rise in demand,” feels Sen. 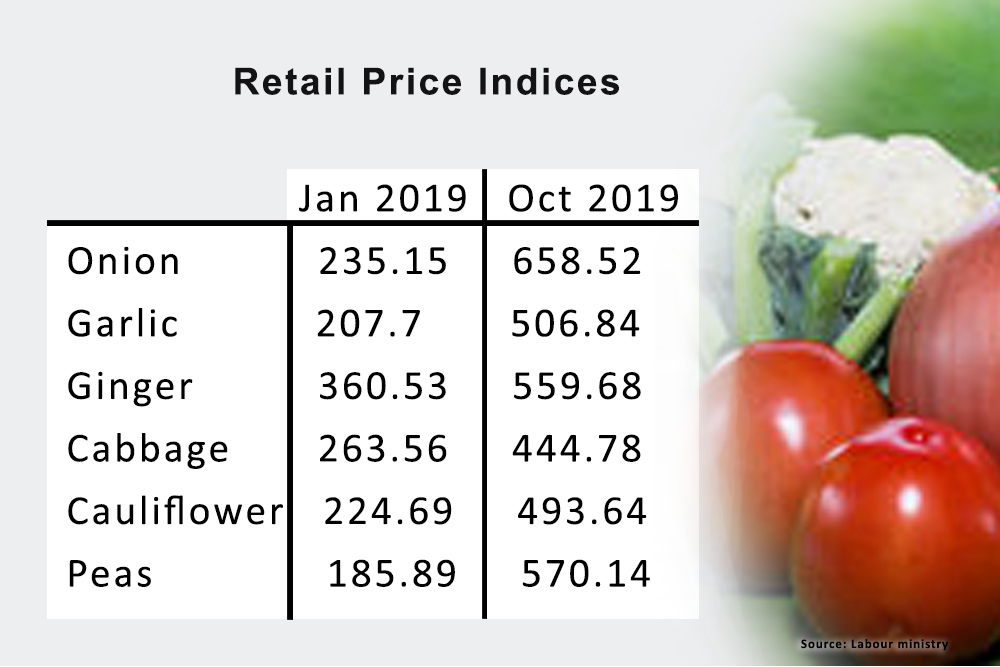 In the case of onions and pulses, India has supply links with neighbouring countries. The problem, therefore, intensified, but the demand remained more or less static. Besides the supply-side issues, higher costs contributed to a rise in retail prices.

Devendra Kumar Pant, Chief Economist, India Ratings & Research, states that the rise in inflation in the past few months was mainly from the food side. “Core inflation this year is still low, which shows that the (overall) demand conditions in the economic conditions are weak,” explains Pant. He maintains that the current prices of vegetables, fruits and pulses responded to demand-supply situation.

In the case of pulses, we went through a cycle of low inflation and deflation for a year or two continuously. As the deflation cycle in pulses broke, we witnessed a bout of inflation. Food is more a story of demand and supply, according to Pant. 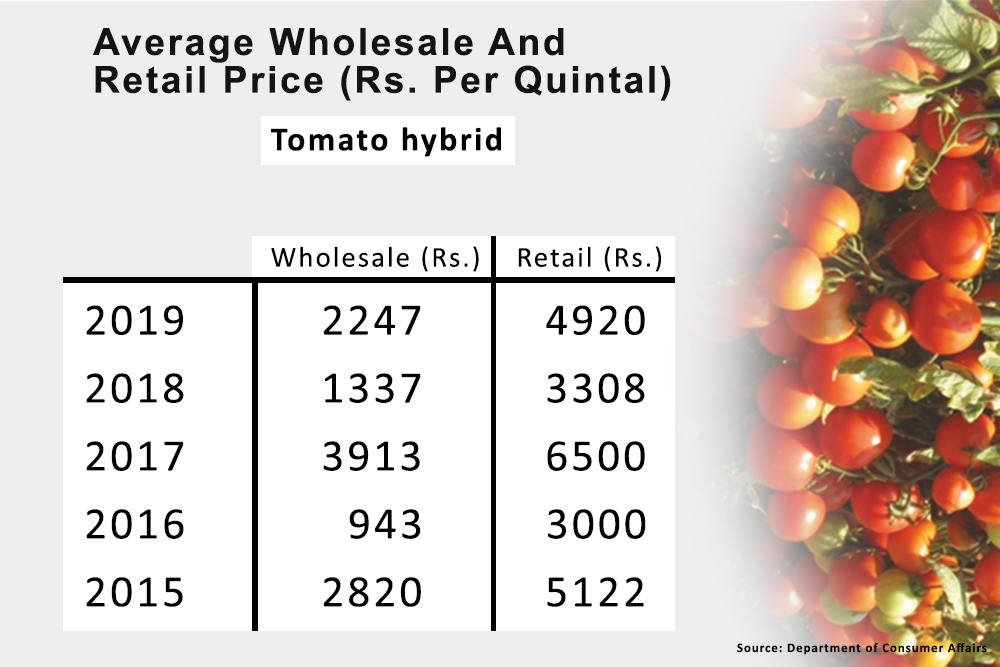 Alok Sheel, RBI Chair Professor, ICRIER, points out that in September and October, core consumer price index fell from 4 to 3.5%. But the overall index went up from 4.7 to 6.9%. “So, core CPI, which excludes food and fuel, fell. And the core CPI is more reflective of the demand trends,” says Sheel. The fact is that core CPI and overall CPI moved in different directions.

Several economists emphasise that the current food inflation is a “one-off situation due to monsoon disturbances” and “output across different commodities”, and not due to “structural issues”. Anand Ramanathan, Partner, Deloitte India, is optimistic that there will be no disruptions in supplies leading to spikes. But in the case of onions and garlic, the spikes have happened. But they may get lower due to fresh supplies.

However, in the case of proteins, Pant cautions that given the change in our food pyramid with people consuming more proteins, both plant and animal, “they will trend towards higher prices”. It will take time for the capacity to grow, particularly in dairy products, to fulfill the demand.

Dr Pronab Sen, Programme Director for the IGC India Programme, says earlier food items were practically at zero inflation and non-food ones grew at about 5 per cent or a bit more. But in the last three months, the scenario changed. And the non-food part of it has started coming down very rapidly. 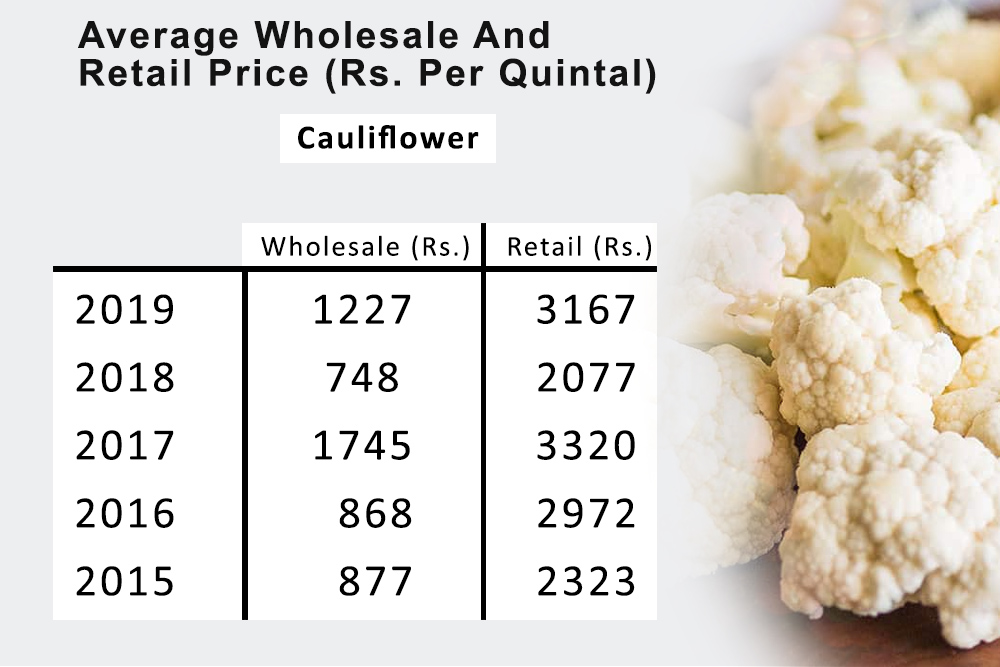 “Non-food, which was nearly 5.5 per cent, came down to nearly 3 per cent. But food inflation spiked because of onions and tomatoes. If you go by the WPI (wholesale price index) there is some inflation,” says the former chief statistician of India. With the kharif harvest still in progress, it is too early to say whether good or bad news is round the corner.

Some economists see bad news ahead. Madan Sabnavis, chief economist of CARE Ratings, says the current inflation will erode the consuming power of people. “Onions and pulses are two basic staples for vegetarians and the same holds for eggs and meat for non-vegetarians. With prices increasing by over 100 per cent on month-on-month basis, the consumption basket gets impacted and affects other spending (on discretionary items) and financial savings,” he explains.

Does the rise in food prices signal good news for the farmers? The rise in food prices has not helped the farmers because the trade and middlemen reap the profits. This is evident from the fact that retail prices shot up higher than the wholesale ones. “What we have witnessed is farmers’ distress because of negative food prices. But now what we could be looking at is non-agricultural distress as well,” warns Pronab Sen.

There are distribution issues too. The fact of the matter is that given the small sizes of average farms, the farmers cannot come to the market yard on their own. Their meagre produce is not enough to justify high transportation costs. Hence, the aggregator, i.e. the trader who collects their produce at the farm gates, becomes a crucial cog. As there is only one trader to many farmers, the bargaining position is skewed in the former’s favour.

“The retail market seems to be dominated by some kind of mafia. There seems to be some rigidity in the retail market in terms of pricing power. By now, commodity prices should be down. It's not as if we had abnormal rainfall this year, though there were disturbances here and there,” says N R Bhanumurthy, professor, National Institute of Public Finance and Policy.

Given the past experiences, the government should have come up with contingency plans like imports of onions to bridge the shortfall. But there was some hesitancy to immediately import this year.