Starting Off As A B2B Company Was The Best Decision We Have Taken: EaseMyTrip Founder Prashant Pitti

EaseMyTrip co-founder Prashant Pitti walks us through the online travel platform’s 13-year journey, why they chose to remain bootstrapped and their future plans. 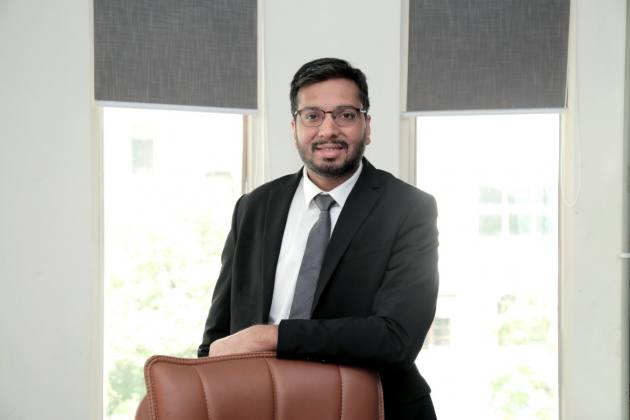 When the pandemic locked people indoors, travel was one of the spaces that took a massive blow. Even as online travel agencies (OTAs) struggled to stay afloat, there was one ‘underdog’ that not only managed to turn into a unicorn in this year but also went public and raised Rs 510 crore through an IPO. But it took the platform 13 years since its inception in 2008 to get to where it is today. EaseMyTrip co-founder Prashant Pitti walks us through those 13 years, why they chose to remain bootstrapped and their future plans.

Edited excerpts from the interview.

Congratulations on your recent unicorn tag. In an age where start-ups are turning into unicorns within 5-6 years of being around, why do you think you took so long to get there?

Slow and steady wins the race—that’s the story of EaseMyTrip. The biggest difference between our tag and theirs is that we have achieved it by remaining profitable in the entire 13 years without ever raising money and have collected Rs 260 crore by running business.

Companies might turn into unicorns but 99% of them are not profitable. They have a path to profitability five or six years down the line. The internet has seen enough cycles of companies’ valuations getting corrected. As they say, the top line is vanity, the bottom line is sanity and cash is king. Eventually, it’s the cash flow that matters. Our company has a very strong cash flow. We are built to exist, sustain and thrive, and to be here for the long run. We are so resilient that even in the Covid-19 year of FY21, which was the litmus test for any travel company, we earned a profit of Rs 88 crore before taxes.

Today, we are doing around 17,000-18,000 transactions a day but we will break-even even at 1,500 transactions—even if business is 1/10th, we’ll still be breaking even and we will still exist. That’s the kind of efficiency and lean cost structure which we have built and no competition can take that away from us. That is the hard work of the last 13 years and we are sure shot going to exist for the next 50 years. Whether the soonicorns or unicorns, which have sprung up like mushrooms, can say that about themselves, I’m not very sure.

You have not gone for any external funding and have chosen to remain bootstrapped over the years. Why was that?

Honestly speaking, I also think that VC and PE money is good to solve your teething problems and definitely help you in the beginning. But, people have started taking that money as part of their balance sheet and P&L statement and not as a liability or a loan. They think that it is okay to keep making losses because they’ll anyway get that money. Raising capital was so cheap in the last decade.

When we started EaseMyTrip, we were purely a B2B company helping travel agents sell better air tickets and remained so for the first three years. We did approach three or four VCs at a time when there weren’t as many. They were right to not invest around that time and their thought process—eventually everybody will book air tickets or holidays themselves on websites. Why should we invest in a B2B company?—was not wrong. We weren’t able to raise money at that time even after telling them that we would not always be a B2B company. Their contention was that, for B2C, Yatra, MakeMyTrip and Ibibo already exist while we were saying that we’ll become a B2C company in three years. They wanted to invest neither in our B2B business nor in our B2C business. That is how the chapter was closed.

Then we didn’t look back and the thought of approaching VCs didn’t even come to us. Many who had rejected us came back in 2014 as they saw us climb the ladder. There were many times when we had the deal but left it on the table. We just couldn’t wrap our heads around the idea of taking somebody’s money, burning it on marketing, discounts and making the same mistakes as our competition. We were happy to take that money and put it in FD because our company was growing and it was growing profitably. But that’s not what they wanted. Even in the first year, in 2008, we were growing profitably. There was no dire need to raise the money

Considering your model isn’t much different from the other players in the space, what has been your USP over the years?

We are the second-largest travel portal right now and we have done so by surpassing various deeply funded start-ups that are doing similar things.

In hindsight, starting off as a B2B company was the best decision we have taken. We were able to build our technology, lean operations and relationship with the airlines without competing with the others. We did not jump into B2C because the big players would have eaten us alive in the first three years.

In the B2B business, if we were getting a 7-8% margin from the airlines, we had to pass back a 6-7% discount to the travel agent so that they would use us. We kept only 1-1.5% commission for ourselves which forced us to become extremely lean and efficient by using as much technology as we could.

When we became a B2C company three years after inception, our operation structure didn’t change. But now, we didn’t have to pass that 7% discount to anybody. That’s the money which we got to keep. The business was built for 1% but we started making 8% and that’s how we became profitable.

Another thing is that while our competitors were spending Rs 1,500 crore to Rs 2,000 crore annually on marketing, we were spending exactly 0.

You also went public this year. How has that experience been?

It has been surreal. We did not know what we were stepping into, especially given the fact that we were one of the early internet companies to become listed. After us, the floodgates have opened with the likes of Zomato, Nykaa and CarTrade. EaseMyTrip was the first one to go for an IPO in 2021. I think we can take some credit that we might have been one of the sources of inspiration for people to get listed in India. Earlier, the internet companies used to think of getting listed only on NASDAQ. Our competitors, MakeMyTrip and Yatra, are listed there. We chose to do it differently by getting listed in India because we knew that by doing so, we may get a lesser valuation as compared to NASDAQ but we will surely get a lot of branding and marketing done. That is exactly what has happened. We are seeing our value go up tremendously by being listed in India.

Any specific future plans after the IPO?

We are looking to expand and start serving people in other parts of the world. The business process—lean cost structure and tech—will remain the same and the operations will be out of India itself. Currently, we’re looking at six locations—the US, the UK, the Philippines, Dubai, Singapore and Thailand.

You claim that you don’t charge any convenience fee but consumers are charged one if they use a discount coupon on your website. Why is that so?

In 2011, on the first day of starting our B2C operation itself, we decided that we will not charge the convenience fee. Why should I charge the consumer extra? I didn’t need to. Everybody else was charging the consumers extra even at that time. It’s the feeling that consumers get when, on the last leg (of the booking), the prices change. People have a right to feel violated.

From 2011 till date, we’ve given the consumers an option to not pay the convenience fee. We grew primarily via evangelism through the early users who came to us and were delighted.

Until 2016, we didn’t charge a convenience fee even on promo codes but our consumers started complaining that our offers weren’t that great. For instance, if our competitors were offering Rs 1000 off, they were charging Rs 300 as a convenience fee and were effectively giving only Rs 700 off. While the competition would run a coupon of Rs 1000 off, we would run Rs 700 off. To the consumers, it is the same but on the first look, they’d say that the offers on our website weren’t great.

That’s when we decided to keep an apple-to-apple comparison and started offering Rs 1000 off. If people were only going by the eye-grabbing numbers, then we also decided to charge convenience fees to equate the situation.

Your profits doubled from Rs 33 crore in FY19-20 to Rs 61.4 crore in FY20-21, despite your gross booking revenue falling by nearly 50 per cent to Rs 2,128 crore. Even in the fourth quarter of FY21, you posted a net profit of Rs 30.5 crore as against a profit of Rs 3.6 crore in the previous fiscal. How were you able to achieve these figures in the middle of a raging pandemic?

There were two reasons. One, we negotiated better commissions with our suppliers—airlines, hotels and other parties. Our gross take rate was 7.8% in FY20 which increased to 10.7% in FY21.

The other thing is we put our heads down in the first half of the pandemic to make the platform more efficient. We were able to reduce our employee count in the call centre department from 200 to 110 which exists even now as we’ve touched the pre-Covid numbers.

We reduced our employee dependency by integrating WhatsApp into our system in April 2020. Instead of calling, customers could now WhatsApp us and our agents would reply.

Our GMV went from Rs 4,200 crore to Rs 2,100 crore. The total business halved in this year. If the pandemic wouldn’t have happened, we would have become a Rs 6,000-crore business. Our margins, however, increased. Our cost only went down because of our measures. So, the EBITDA margin, which was around 1.7%, became 3.7%.

Why do you still call yourself an underdog? Do you think the tag remains?

We surely are, right? People didn’t expect us to perform as much as we have. I’m very sure our competitors would have taken us very lightly all this while knowing that we’ve never raised money. “Haan, kuch kar rahe honge. (Yes, they must be doing something)” must have been their thought.

I still think we are an underdog. Even now, when we’re the second-largest player and are working to become the largest.