Stock Markets Rise On Hopes That The Worst May Be Over

Dalal Street is expecting that with low August sales, the worst would be over. In the coming months, the base effect (percentage increase from a low base) would start showing its impact on numbers. 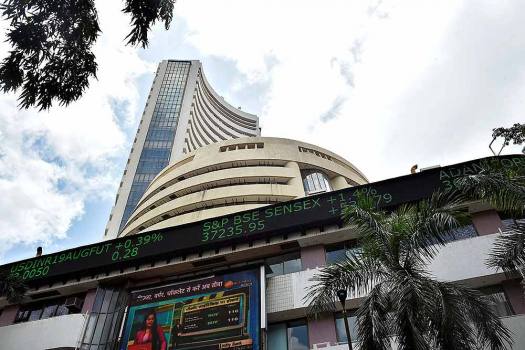 Despite the bad news in terms of the GST council-nominated fitment committee indicating that it is not keen on a rate cut for automobiles, some of the beaten down auto stocks staged a comeback.

Dalal Street is expecting that with low August sales, the worst would be over. In the coming months, the base effect (percentage increase from a low base) would start showing its impact on numbers. Also, the festive season sales are likely to bring in better number, at least on a month-on-month basis.

There was buzz on the Street that some announcement regarding the real estate sector might be coming from government over the next couple of days. This resulted in a number of stocks in the real estate industry to go up, including home financiers or home improvement stocks which saw gains between two to three per cent.  Combined with this, a pullback in both private and public sector banks created positive sentiment for the bulls.

Indian market had opened in the red, but swiftly gained values. They were able to move into positive territory with Nifty 50 index ending with gains of 56 points on the National Stock Exchange at 11,003.05 or an increase of 0.52 per cent. The Bombay Stock Exchange’s Sensitive Index touched 37,145.45 or a rise of 0.44 per cent.

The market breadth -- ratio of stocks trading in green as compared to red – was healthy. It was positive since the early part of trading and remained that way throughout Monday’s trading session. For the third session in a row, mid-cap stocks were able to log gains, though minor. The improvement in market breadth in mid-cap space indicates that worst of the selling in them may be over.

Tuesday being a market holiday, a part of the upward movement, especially in all the beaten down sector and indices was due to the short covering by traders for their short positions. Given the fact that there was no significant bad news on the international front, there was a rise in the open interest in some of the call options – indicating that more investors were buying derivatives on the markets.