The joint statement issued by Tata Consumer and Tata SmartFoodz informed that the transaction is expected to close in the next seven days. 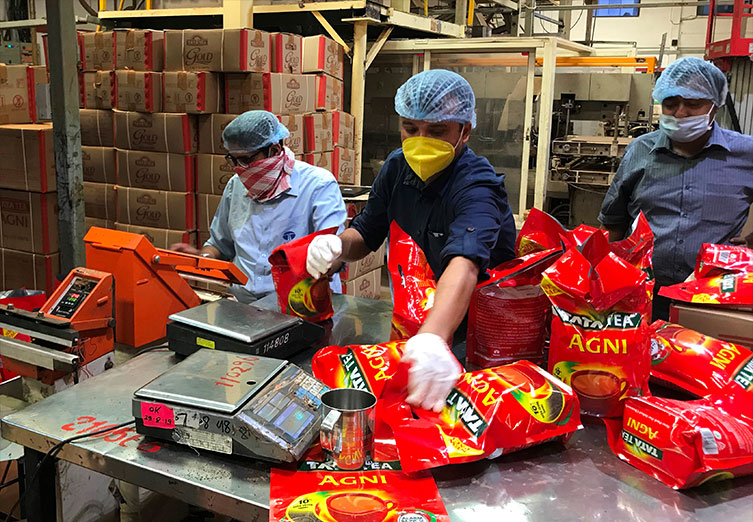 Tata Consumer signed a definitive agreement to acquire Tata Industries-owned packaged food company Tata SmartFoodz in an all-cash deal worth Rs 395 crore. The acquirer stated the acquisition would help it to further its footprint in the expanding 'ready-to-eat' packaged food segment.

The transaction is expected to be completed within seven business days from the signing of the final agreement.

“Tata SmartFoodz is a good strategic fit for us given the nature of its business and it will also allow us to expand our portfolio into the Ready to Eat segment. RTE is a fast-growing segment in India and a sizeable opportunity in the International markets," MD & CEO of Tata Consumer Products, Sunil D’Souza stated.

Tata SmartFoodz commenced operations in 2019 and is known for its ready-to-eat pasta, biryani, noodles and combo meals. It operates under the brand identity, Tata Q.

According to Tata Consumer, the ready-to-eat category is expected to grow at a significant rate owing to demographic tailwinds such as urbanisation and high disposable incomes in nuclear families.

On the other hand, Tata Consumer which owns the spices, tea-coffee and other fast-moving consumer goods along with the franchise for Starbucks in India, reported a 9 per cent year-over-year increase in revenue at Rs 3,033 crore in the second quarter. Consolidated profit in the same quarter rose 5 per cent to reach Rs 286 crore. Its packaged beverages business in India reported a 10 per cent revenue growth in the quarter. Globally, the segment's revenue stayed flat in underlying terms accounting for multiple exits in the foodservice business. This was somewhat offset by increased consumption of tea and coffee among home-bound customers.